The front page dated August 30, 2022, claims that the Supreme Court judge was given $1.7 million (equivalent to Ksh204.5 million as per the current exchange rate) at a city hotel.

“A CCTV footage we exclusively obtained from the Karen Blixen Hotel’s car park captures the Supreme Court judge collecting the money in cash from the Uasin Gishu Women Rep,” the fake newspaper cover reads in part.

However, a fact-check by Business Today has found that the shared image is fake, and is not an official copy of The Star newspaper.

According to the official copy of the newspaper shared on The Star social media pages, their day’s main story was headlined “Why petition is litmus test for seven judges”. 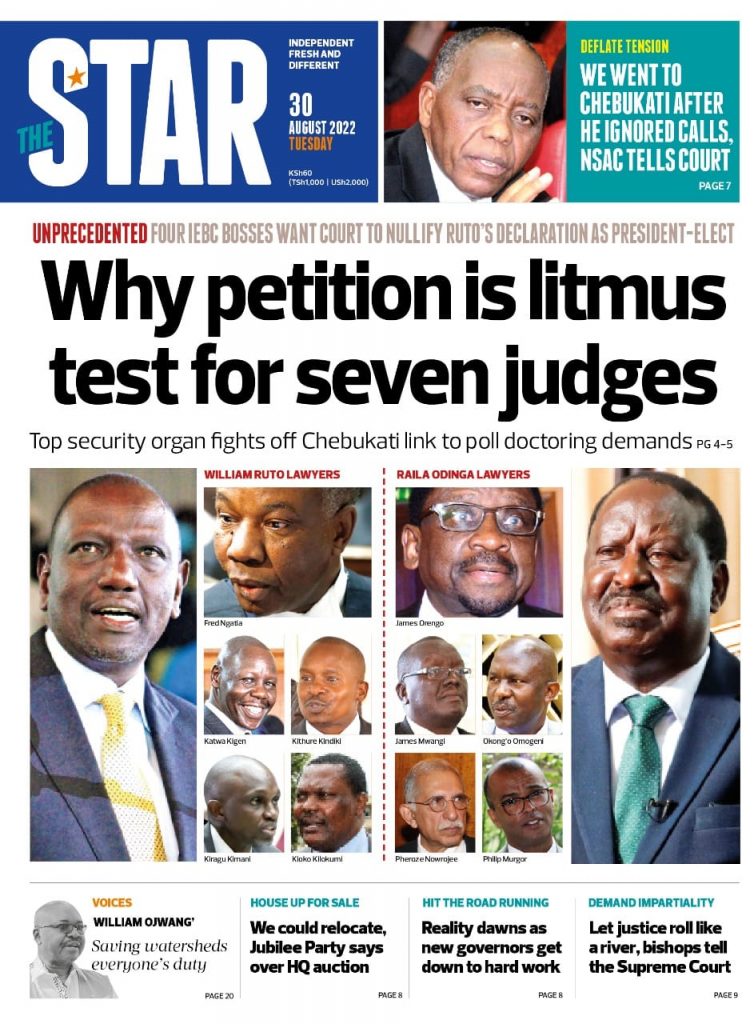 “If it is not on our official pages, it is FAKE!” The Star said on their official Facebook page. 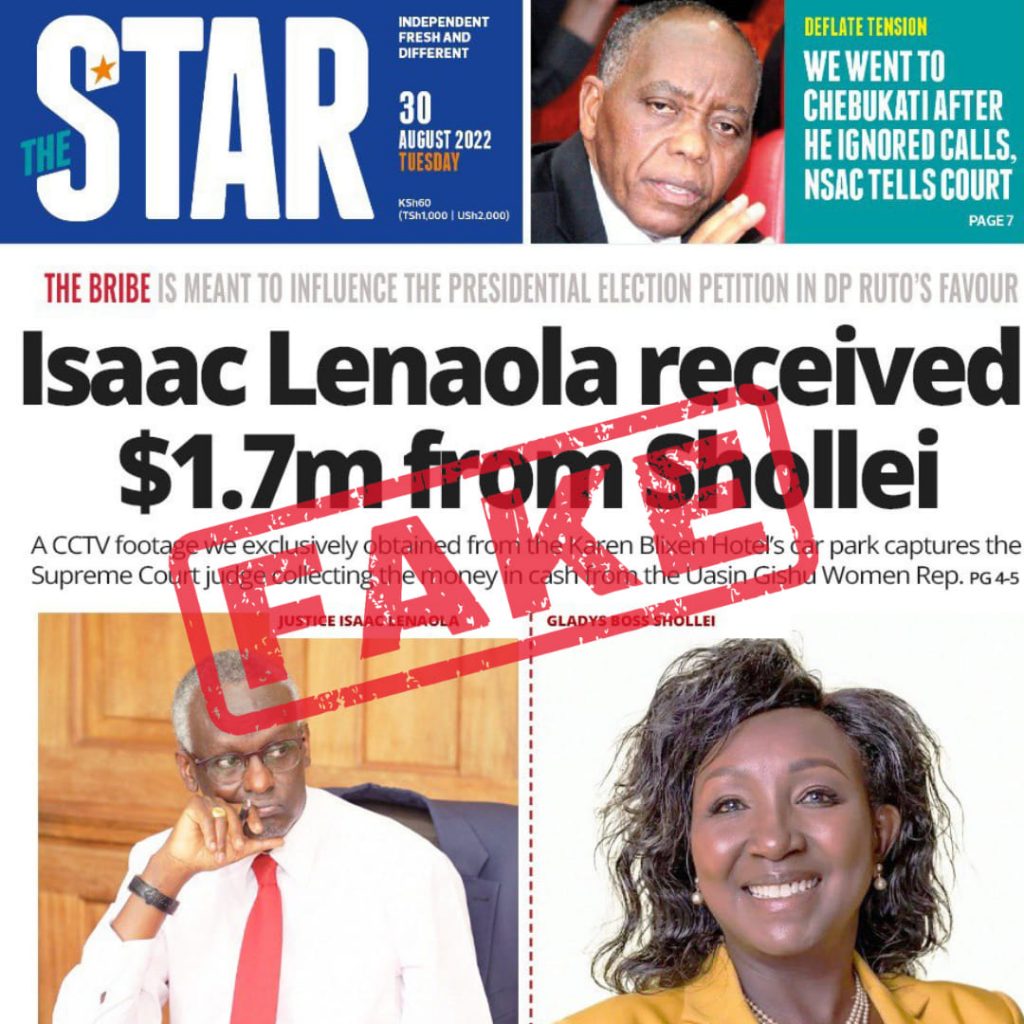 The fake copy was shared in relation to the presidential election petitions filed at the Supreme Court of Kenya seeking to nullify the election held on August 9, 2022.

In the election, Deputy President William Ruto was declared the president-elect of the Republic of Kenya.

Ruto received 50.49% of the vote, a total of 7,176,141 votes, defeating Azimio la Umoja Candidate Raila Amolo Odinga – a former Prime Minister and veteran opposition leader who was making his fifth try at the Presidency. Odinga received 6,942,930 votes representing 48.85% of the vote.