A graphic simulation of Open Defecation

As the country joins the world in celebrating the World Toilet Day, a day meant to inspire action to tackle the global sanitation crisis, a huge chunk of the Kenyan population is still struggling to access basic sanitation services.

According to the Ministry of Health Sector Group Working Report, Medium Term, Working Expenditure Framework for the period 2018/2019 to 2020/2021, Open Defecation rates stand at about 14% but with regional disparities.

Estimates released in 2015 by the World Health Organisation (WHO) and the United Nations International Children’s Fund (UNICEF) Joint Monitoring Program (JMP) on access to private, improved sanitation in Kenya indicate that 21 million citizens or 30% of Kenya’s population still use unsanitary or shared latrines

Poor sanitation costs the government Ksh27 billion annually according to a study conducted by the Water and Sanitation Program (WASH) in 2012.

WASH which has been tasked with ensuring access to water and social amenities to Kenyans projects that Open Defecation will be eradicated by 2020.

READ: THE HEALTH BENEFITS OF SPORTS

According to WASH, 37 counties are implementing the Community Lead Total Sanitation (CLTS) and have adopted strategies to realise an Open Defecation free Kenya within the projected timelines.

“69,250 villages have been mapped across the country out of which 4,000 were certified as Open Defecation Free as of June 2017 and everything is on course to realise the Ministry of Health’s objective by 2020,” reads the report.

A real time monitoring and evaluation system has also been developed for use in monitoring rural sanitation and hygiene interventions in the country in order to achieve the objective in question.

4.5 billion people live without a safe toilet.
The #GlobalGoals aim to ensure access to sanitation for all by 2030.
Monday is #WorldToiletDay https://t.co/Spi4DsOJYL pic.twitter.com/wQrRAQicxn 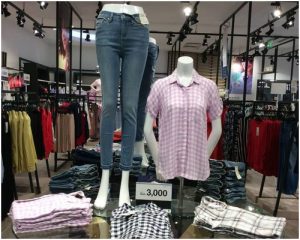