A translation agency will offer translation services not only in Swahili and English, but also in the many additional languages of Kenya. [ Photo / Masterword ]

An “imminent” global recession has already begun, but any professional translation agency will do their part to ensure continued economic growth. Working hand in hand with foreign and domestic business interests, the national government and the people is all just part of the job for these professional translators.

Foreign investments into Kenya have been proven not only to benefit the people and the nation, but to serve as a means by which other areas of Africa have also been able to enjoy a direct benefit. It is imperative that this influx of foreign direct investments continue, especially as the full impact of the Covid-19 global pandemic begins to adversely impact the global economic systems.

The current economic outlook for much of the world remains questionable. Small businesses around the world have been forced to close their doors, many without the ability to even consider any possibility for reopening. The upcoming economic recession will be the first one ever to begin within the service industry and this is noteworthy for many reasons, very relevant to the commercial investor and investment firms around the world.

The current debt-based economic system works primarily on the principles of growth and circulation. The economy must continue to grow and the currency must remain in circulation in order to stimulate growth. With such a large section of the middle class workforce out of jobs, the money that they normally spend will dry up, meaning they will be spending less. While this may not seem overly relevant to large-scale commercial growth, there is still a direct correlation.

Furthermore, large scale commercial investment opportunities introduce jobs into the local area, increasing the median quality of life for local residents, and bringing with it, additional service related industry to cater to the working class. This middle-class economic area is where the majority of economic circulation takes place, with physical currency trading hands for both goods and services.

This currency exchange between the members of the middle class, in turn, stimulates further economic growth and development increasing the strength and resilience of the domestic economic system, including Gross National Product and Gross Domestic Product.

In areas where this system of economic circulation and exchange has been disrupted, production and industry will be further hampered. In terms of economic stability, Kenya once again offers foreign investment firms and direct foreign investors an enviable opportunity for growth and expansion. This of course, recognizes the need to be able to actively engage in communication within the area where investments will take place, probably through the use of translation or interpretation at first.

Language and Translation in Kenyan Business

The Bantu Swahili language is the “lingua franca” of Kenya, though both Swahili and English are official languages at the national level. A “lingua franca” originally had a more specific meaning, though these days it has come to mean a common language adapted by groups with separate native languages. In this case, that reflects the many different tribal languages that are still common in Kenya today, a fact that should not be lost on foreign investment firms seeking to capitalize on the many benefits of conducting business in Kenya today.

A report published in the Financial Times magazine in November of 2019 examined many of the reasons for the ongoing success of Kenya for Direct Foreign Investments, including past records of success and ongoing initiatives to actively seek out foreign investors for the Kenyan Markets. “So far this year, [2019] the country has attracted 54 projects totalling $2.9bn in announced investments according to fDi Markets, a Financial Times data service that tracks greenfield cross-border investment.”

Kenya also ranks second in terms of innovation and advance among the sub-Saharan African nations, comfortably ahead of the continued growth in Mauritius, though still lagging slightly behind South Africa. In terms of quality score, a means for measuring the ease with which foreign firms can conduct business in any given location, Kenya comes in with a QS of 181.2.

What does that mean? In contrast, the second highest QS is from Uganda with a score roughly half that of Kenya. In short, Kenya is an increasingly beneficial location for foreign investors to consider for production, industry and other services. Even with all of the necessary translation services notwithstanding, Kenya remains an excellent market for foreign investors.

Of additional interest to anyone considering either domestic or Pan-African investment opportunities, Kenya is also home to sixty-one special economic zones, almost one-fourth of the total number of special economic zones across the entire continent. This and other relevant information as noted by the United Nations, Conference on Trade and Development, indicates that Kenya likely will remain a key factor in the overall Pan-African growth despite economic downturns in foreign markets.

As the larger investors in commercial production and industries seek to ride out the recession from the Covid-19 global pandemic, established economic markets such as that of Kenya will be an important part of a diverse and profitable portfolio. The relatively small costs of translation and interpretation services aside, the Kenyan market has much to offer.

The relative and even comparable strength of the Kenyan economy will provide foreign investors with a safe, well established and fully functional system to invest within. This should greatly reduce the need for foreign investors to incur additional costs for the construction and development of the requisite infrastructure for their continued operations.

Globalization through localization strategies is not merely some marketing ploy, but an important part of investment in foreign industry and production. Where translation services provide the means to communicate effectively with people, especially in matters of business, safety and even production levels, localization strategies allow foreign investors to more readily adapt to the local social climate.

The focus on a unified African front or Pan-Africanism is nothing new, and has been approached from many different angles by people of an equally diverse set of beliefs and reasoning. However, such is the history of Africa that tribal claims over land and resources, historical lands, long-held beliefs and other differences among the many cultures, has presented something of an obstacle to a true unification of the African people.

To this very day, this remains true even in parts of Kenya. The ongoing unrest in Somalia has certainly had some detrimental impact on the people of Kenya. Likewise, the northern regions are still subjected to tribal conflicts as well as fights conducted because of land and other natural resources.

By and large, the people of Africa are very open and receptive to foreigners. There are of course exceptions to every rule. For the most part, as long as there is no definitive perception of another attempted Colonial takeover, Africans are very happy to accept outsiders as friends and even as part of their extended family.

For the direct foreign investors in Kenya who have done their research and included localization strategies in their business planning, there is a unique opportunity to unite the people of Kenya. In some circles, such an approach may be considered to be more aptly known as “reasoned diplomacy”.

The foreign investor, whether investing in industry, production or even infrastructure development in Kenya, has a unique opportunity to bring all manner of people together in a cooperative effort with common goals. By and large though, the ongoing development in Kenya has reduced conflict to a more manageable level, while at the same time producing some other very interesting and relative results for the benefit of all of the parties involved.

The Special Economic Zones Act was enacted on December 15 2015 and included the Special Economic Zones (Land Use) Regulations which determine the means by which developers can own or lease land depending on the restrictions in place within the special economic zones. The Chinese sponsored high speed railway opened up in 2017, running between the port city of Mombasa and the Kenyan Capital of Nairobi.

While it can be argued that this has translated into very mixed real world results, in those areas that have been developed, tribal violence and conflicts over land and resources do seem to have slowed in pace. These infrastructural development projects also translate into investment opportunities for discerning investors seeking to establish a little more than just a business interest.

Foreign investments always require a good deal of negotiations, but this should present both sides with an opportunity to gain direct and tangible benefits.

In those areas that were serviced by the older, slower train systems, many Kenyan towns and communities are suffering, and are ripe for direct foreign investments. The savvy foreign investor should be able to successfully translate these localized needs into a bargaining tool, allowing for some relief of tax liabilities and other commercial benefits for investments in these newly impoverished areas.

Additional benefits for the opportunities for foreign investors in Kenya will include support from both the local government units in addition to the policies put into place at the national level. Foreign investments always require a good deal of negotiations, but this should present both sides with an opportunity to gain direct and tangible benefits. At the end of the day, all parties, including the local people should be a direct goal for direct foreign investments in Kenya.

Translation and Localization, Mutual Success with Foreign Investment in Kenya

The United Nations, the US State Department and many other governments and agencies around the world have declared Kenya to be an increasingly popular and prosperous location for direct foreign investors. The success of the Kenyan business sectors has rebounded throughout the whole of Africa, shining an increasingly bright spotlight on the future for Kenya, her people and those investors that are willing to move while the opportunities are still widely available.

The people of Kenya are very open and welcoming, especially for those that will provide jobs and opportunities for them and their families. The government of Kenya continues to work directly with direct foreign investors in order to increase the benefits of an expanded Kenyan infrastructure and an increase in production and industry. There does however, remain a modicum of responsibility on the part of the foreign investors in Kenya.

There is a national pride among the people of Kenya, but there is also a fiercely strong localized pride among her many different people. Localization strategies should be implemented by the direct foreign investors in Kenya. A keen and deep understanding of the national and local cultural distinctions will help to form a more cohesive team, not only within the project or development taking place, but one that will extend throughout the local community.

Being able to interpret what is said into the national and local languages, speaking to a diverse group of people in terms that they understand will inevitably serve to create a more cohesive, cooperative and productive body not only of employees but citizens. Such a system of localization, once put in place, will help to build up both profits and the people of Kenya.

NEXT READ >> The Rich vs. Super Rich in School Fees Drama 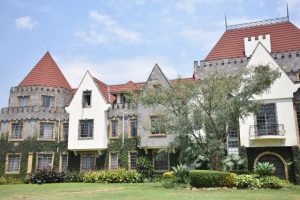