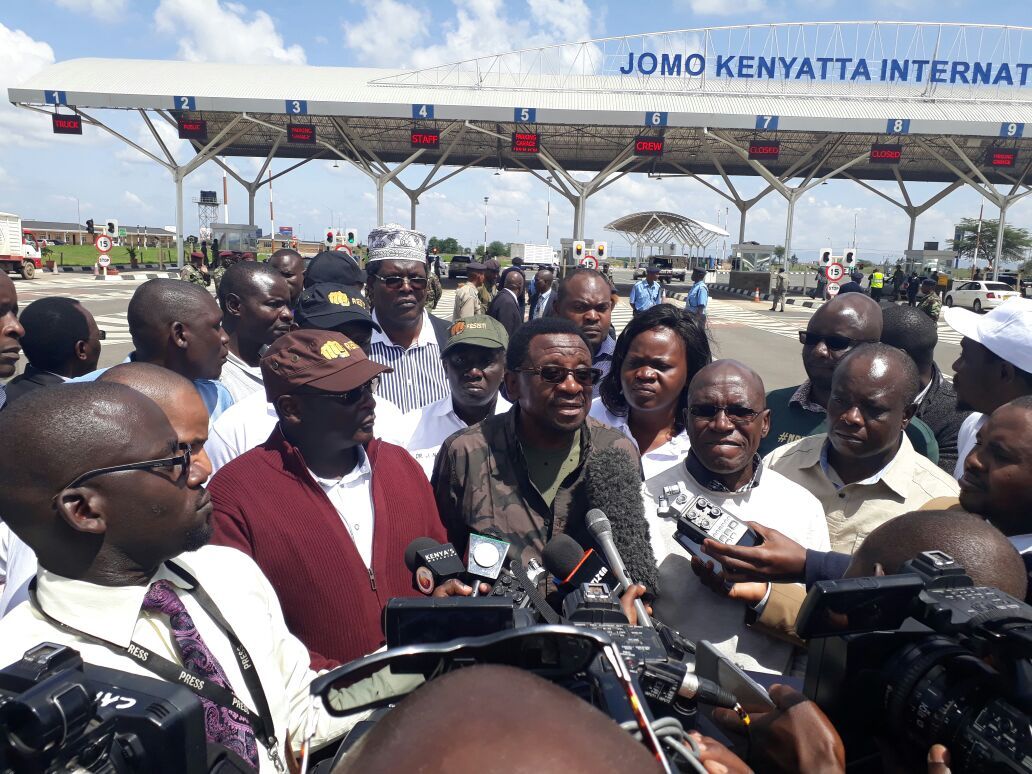 Three NASA MPs have reportedly been arrested while on their way to a rally in Nairobi ahead of their leader Raila Odinga Friday from a tour of the United States.

Police also sealed off the historic Kamukunji Grounds where the opposition formation intended to hold a curtain-raising rally forcing them to shift to Kibera.

Speakers at the Kibera rally led by ODM Senator John Mbadi criticised Inspector General of Police Joseph Boinnet, saying he had no power to stop them from accessing the JKIA.

Mbadi said Raila was the winner of the August 8 election and claimed President Uhuru Kenyatta was no longer the legitimate President of Kenya. Muthama and Orengo addressed the rally by phone before joining the supporters at the venue.

NASA leader have hinted they plan to swear-in Raila when he returns to the country.

The Supreme Court yesterday finalised hearing petitions filed against Uhuru’s win with the Supreme Court expected to render a verdict by November 20. The Kibera rally is currently ongoing.

SEE: Don’t buy a TV before you check these six features