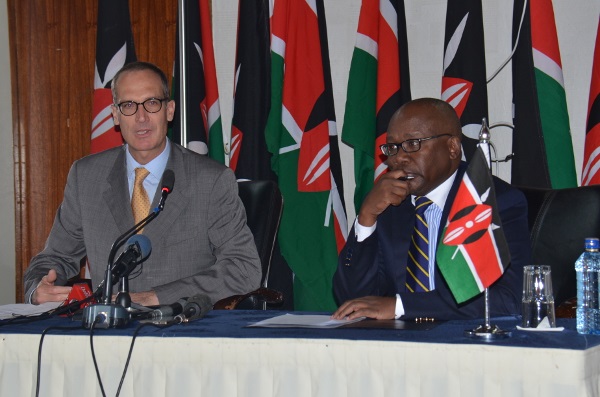 Kenyans hiding billions of looted assets in Switzerland have their their days numbered, with the Swiss government having already confiscated assets worth Ksh200 million related to the Ango Leasing rip-off.

The Swiss government says will return assets that were looted in Kenya in the Anglo Leasing scandal once the court gives its verdict. Swiss Ambassador Ralf Heckner said the two countries will work hand in hand and protect each other from criminal activities to eliminate corruption.

Speaking during the signing ceremony of the Memorandum of Understanding between the Swiss Federal Council and the Government of Kenya on Mutual Legal Assistance in Criminal Matters in Nairobi,  Attorney General Githu Muigai that the document will help in confiscating illegally acquired assets and repatriating criminals.

He said the cooperation will be in the areas of assets recovery in various parts to the country and repatriation of criminals and their proceeds, prosecution, promotion of greater understanding of existing laws, legal systems and legal institution in both countries.

“This MOU is a reassurance to Kenyans that the days of thieves are numbered. You can run but you no longer have a hiding place because our partners are supporting us in this fight,” noted Prof Githu.

He said even though the country is still facing various challenges due to international barriers , Kenya is still determined to bring down the barriers and recover assets in an easier way. Githu said Kenyans fear of corruption is what led the Swiss government to put in serious and harsh measures in addressing the vice.

“We are at an advanced stage to conclude a comprehensive agreement with the United Kingdom. In a few weeks’ time, Kenya will sign an MOU with the government of China on the same,” added Githu.