Showmax is the best place in Africa to stream international series, according to the Primetime Emmy Awards.

Content on Showmax won 27 Emmys, including Outstanding Drama (HBO’s Succession) and Limited or Anthology Series HBO’s The White Lotus, being the Emmys’ biggest winner this year with 10 awards.

“Showmax’s local content has been dominating conversations recently,” says Yolisa Phahle, CEO of Connected Video at MultiChoice. “But, as the Emmy results show, our international series lineup is also the best around. Congrats to all our international partners.”

Here are eight Emmy winners to binge on Showmax: 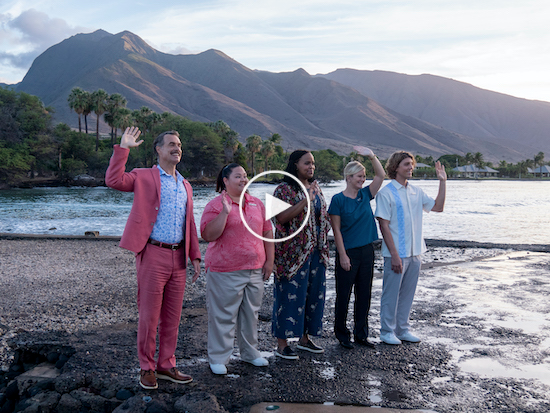 The most awarded series overall at the 2022 Emmys, The White Lotus is set at an exclusive Hawaiian resort over one highly transformative week, gradually peeling back the glossy veneer of picture-perfect travellers, cheerful hotel employees, and the idyllic locale itself to reveal something far uglier beneath.​

Season 2 premieres first on Showmax on October 31, 2022, leaving Hawaii behind to follow a different group of vacationers as they jet to another White Lotus property and settle in temporarily among its inhabitants. 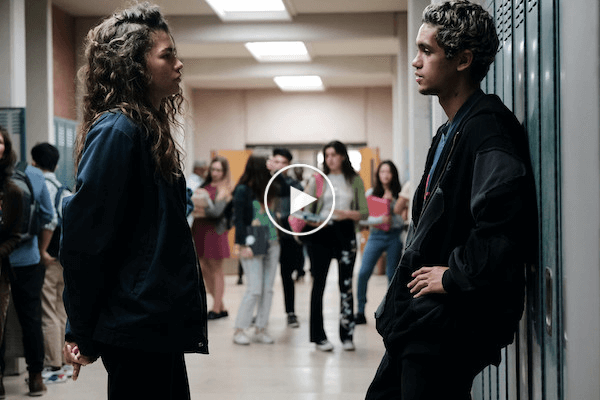 With six wins from 16 nominations, Euphoria was in j***t second place overall at this year’s Emmys, tied with Squid Game behind The White Lotus.

Season 2 of HBO’s groundbreaking 18LSDVN teen series has an 82% critics’ rating on Rotten Tomatoes, where the critics’ consensus hails it for being “as wilfully provocative as ever.” 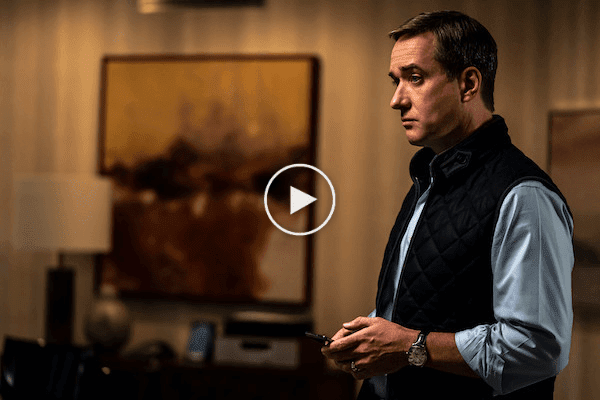 The third season of HBO’s hit drama series was the most nominated series overall at this year’s Emmy Awards, winning four of its 25 nominations, including Outstanding Drama Series and Casting, both for the second time, and Outstanding Writing for the third time. 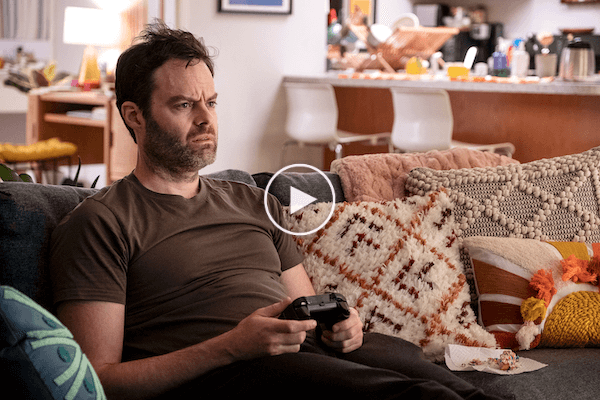 Picking up six months after the Season 2 finale, in the aftermath of the monastery shootout, HBO’s hitman in Hollywood comedy starts with Sally filming her own show, NoHo Hank in love, and our favourite hitman, Barry, without an acting class to go to anymore.

Season 3 of Barry won three Emmys from 14 nominations: Outstanding Stunt Coordination, Picture Editing, and Sound Editing. Spare a thought for co-creator Bill Hader, who lost all five of the Emmy categories he was nominated for: Outstanding Comedy, Leading Actor, Directing, Writing and Guest Actor (for his cameo on Curb Your Enthusiasm S11).

S3 of Barry has a 100% critics’ rating on Rotten Tomatoes, with The Daily Beast calling it, “the best show on TV”; Variety hailing it as “a masterpiece … funnier and sharper than ever… TV’s most fascinating protagonist”; and Entertainment Weekly writing, “I’ve never seen v******e like the v******e on Barry. HBO’s hitman comedy is a legitimate thrillfest, and the new season has three of the best action scenes I’ve ever seen.” 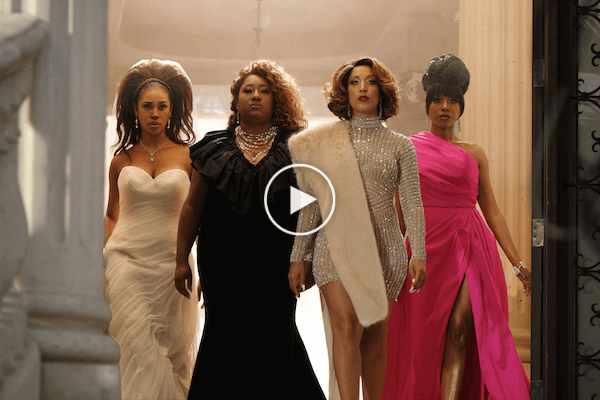 A Black Lady Sketch Show won Outstanding Directing for A Variety Series and Picture Editing after being nominated for five Emmys, including Outstanding Variety Sketch Series.

Already renewed for a fourth season, A Black Lady Sketch Show has a 100% critics’ rating on Rotten Tomatoes, with The Root hailing this season as “the smartest, freshest, funniest comedy on TV.” 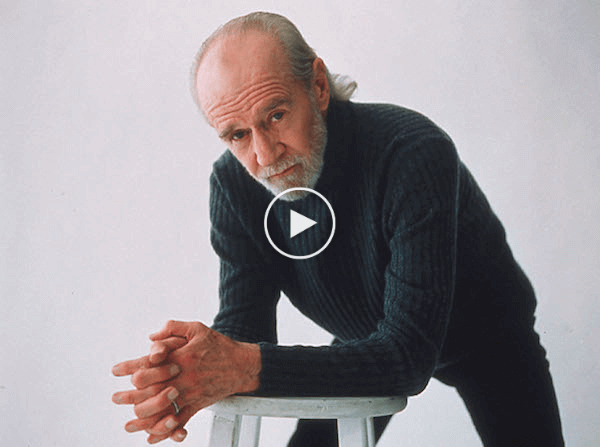 Described by Stephen Colbert as “the Beatles of comedy”, Carlin’s fearless countercultural comedy spanned five decades, including 14 HBO comedy specials and more than 130 appearances on The Tonight Show, until his d***h in 2008. The documentary chronicles the life and work of the legendary comedian, a cultural chameleon who is remembered as one of the most influential stand-up comics of all time.

The documentary opens an intimate window into Carlin’s personal life, and includes both material from his stand-up specials and footage from his personal archive, as well as interviews with George Carlin’s family, friends, and the people he inspired – legends like Chris Rock, Jerry Seinfeld, Patton Oswalt, Bette Midler, W. Kamau Bell, and Jon Stewart.

George Carlin’s American Dream holds a 100% critics’ rating on Rotten Tomatoes, where the critics’ consensus calls it a “revealing retrospective on the beloved comedian’s career that ought to be mandatory viewing for standup fans.” 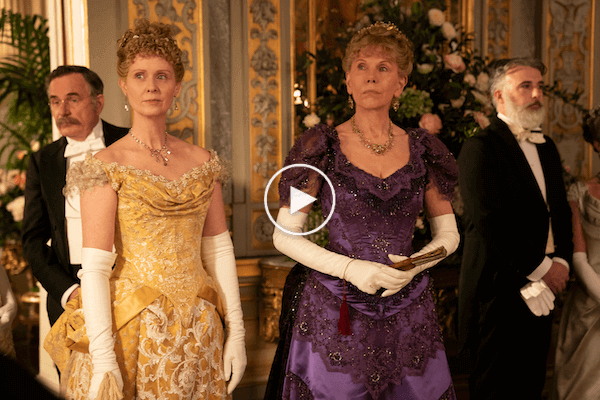 Winner of a 2022 Emmy for its production design, The Gilded Age is a new period drama from Oscar winner Julian Fellowes (Downton Abbey, Gosford Park).

The Gilded Age kicks off in 1882, when young Marian Brook (Louisa Jacobson) moves from rural Pennsylvania to New York City after the d***h of her father. She moves in with her thoroughly old-money aunts Agnes van Rhijn (Christine Baranski from The Good Fight) and Ada Brook (Cynthia Nixon from S*x and the City).

Accompanied by Peggy Scott (Denée Benton), an aspiring writer seeking a fresh start, Marian is soon caught up in a social w*r between one of her aunts and her stupendously rich new-money neighbours, a ruthless railroad tycoon George Russell (Morgan Spector from The Plot Against America and Homeland) and his ambitious wife, Bertha (Carrie C**n from Fargo). Exposed to a world on the brink of the modern age, will Marian follow the established rules of society, or forge her own path?

HBO has already ordered a second season of The Gilded Age, which has an 8/10 rating on IMDb. As Glamour says, “The Gilded Age is like Downton Abbey – but better.” 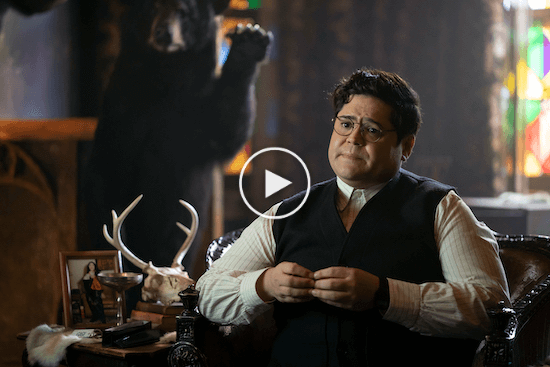 What we do in the shadows S3 | Binge now, first on Showmax

Based on the 2014 cult movie from the batty brains of nine-time Emmy nominee Jemaine Clement (Flight Of The Conchords) and Oscar winner Taika Waititi (Jojo Rabbit, Thor: Ragnarok), What We Do in the Shadows follows four vampires who’ve “lived” together for hundreds of years – plenty of time to get on each other’s nerves.

Season 3 of What We Do In The Shadows won Outstanding Fantasy/Sci-fi Costumes after being up for seven Emmys, including Outstanding Comedy.

As Decider says, “FX’s mockumentary series featuring the world’s dumbest vampires, What We Do In the Shadows, has been one of the best comedies on TV since it premiered in 2019. But Season 3 felt like the show’s breakout year, in part because of the internet’s affinity for the brilliant slow-burn relationship between Nandor the Relentless (Kayvan Novak)—formerly a bloodthirsty leader, now a somewhat reluctant vampire going through a midlife c****s—and his human familiar, Guillermo de la Cruz (Harvey Guillén), formerly a soft-spoken servant, now a badass vampire slayer. It’s a season full of priceless, quotable moments.”

Other winners that will make their way to Showmax include:

• Hacks S2, which won three Comedy Emmys from its 17 nominations: Outstanding Lead Actress (Jean Smart), Guest Actress (Laurie Metcalfe), and Contemporary Costumes. The second season of the comedy about comedians will be available to binge on Showmax from 1 November 2022, with S1 currently available. Watch Jean Smart receive her Emmy: https://youtu.be/PXqSwOHDRH0

Other nominees on Showmax

Snubbed nominees you can binge on Showmax include:

• Showtime survival horror series Yellowjackets, which was up for seven Emmys this year, including Outstanding Drama

• HBO Max sci-fi series Station Eleven, which was up for seven Emmys, including Outstanding Actor for Himesh Patel

• Season 11 of HBO comedy Curb Your Enthusiasm, which was up for four Emmys, including Outstanding Comedy

• Showtime’s Ray Donovan: The Movie, which was nominated for a 2022 Emmy for Outstanding Television Movie

• HBO drama Scenes From A Marriage, which was nominated for Outstanding Actor: Limited Series (Oscar Isaac)

• HBO Max’s John Cena superhero series Peacemaker, which was up for Stunt Coordination

• Season 2 of HBO’s televangelism comedy The Righteous Gemstones, which was up for Sound Editing

• HBO’s basketball drama Winning Time: The Rise of the Lakers Dynasty, which was up for Cinematography

The Staircase, which was up for Outstanding Actress (Toni Collette) and Actor (Colin Firth) in a Limited Series, will be available to binge on Showmax from Thursday, September 15,  2022.