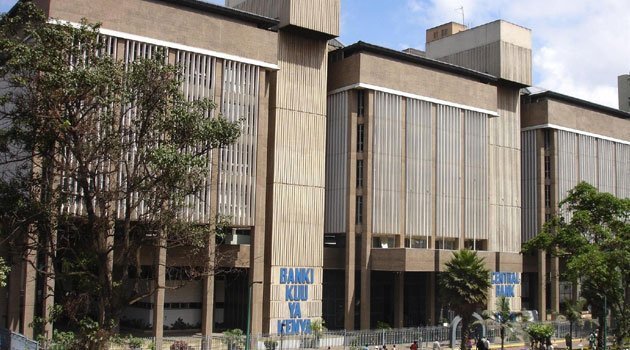 Last week’s High Court ruling which declared the law capping interest rates unconstitutional put a hold, albeit temporarily, to the push and pull between bankers and politicians over the law aimed at reining in on banks advancing credit to borrowers at expensive rates.

Politicians led by the law’s chief proponent Jude Njomo averred that banks were extorting Kenyans before the law was effected while bankers described it as a ‘populist’ legislation that would have adverse effects on the market.

Justices Francis Tuiyot , Jacqueline Kamau and Rachel Ngetich however suspended implementation of their ruling for one year to allow parliament to correct the anomalies.

The ruling boards significant implications for the banking industry, markets and for stakeholder engagement.

BT: Does the association welcome the High Court’s ruling that declared the Banking Amendment Act (2016) unconstitutional?

Dr Olaka: The courts ruled on 14th March 2019 that Section 33B (1) and (2) of the Banking (Amendment) Act 2016, which introduced caps on bank lending rates and a floor on deposit rates, was unconstitutional and provided the National Assembly with 12 months to address the elements of the legislation that were deemed unconstitutional.

We believe the ruling that sections 33B (1) and (2) are ambiguous provides the industry with a good opportunity to re-engage with our stakeholders, including the National Assembly, Central Bank of Kenya and National Treasury.

BT: The High Court’s ruling gave parliament one year to correct the anomalies, if MPs regularize the highlighted aspects will KBA support the law?

Dr Olaka: The price controls on bank lending has resulted in several unintended consequences, including a reallocation of capital from where it is needed most.

Loan accounts have reduced by more than 1.2 million.

At the same time, the size of loans has increased by 47% an indication that those who already had a bank loan have been able to increase their borrowing. Because of a lower risk appetite, banks have also increased lending to the government.

The biggest area of concern has been how the caps have affected small enterprise development. There are more than 1.56 million licensed and 5.9 million unlicensed MSMEs, according to National Treasury. These businesses contribute to the employment of approximately 13 million Kenyans every year.

Supporting the MSME sector to access credit is critical to Kenya’s sustainable development. Prior to the caps, the SME portfolio was growing at a rate of 15% per annum.

At this rate, more than Ksh 40 billion has been redirected from enterprise development since the caps were put in place.

Therefore, what the industry would be looking for are amendments to the law that would create an enabling environment.

We have seen the limitations of a universal application of the rate cap. We have seen how forcing pricing in a liberalised market results in distortions; and in this case we have seen banks lend more to customers who are already borrowers, as well as, the Government, leaving out the borrowers the caps were intended to help, including SMEs.

As a solution, the Central Bank of Kenya (CBK) is working with banks to implement risk-based pricing across their portfolios.

There has also been a proposal raised by Gatundu South MP Moses Kuria which supports the risk-based pricing element that is introduced in the Banking Sector Charter by CBK.

We need to utilise the time given by the courts to explore how such measures and other solutions can sustainably address the cost of credit and access to bank finance.

BT: Interest rates had rocketed as high as 25% in 2011 which led to calls for the cap, now that the law has been suspended, are banks considering self-regulation to allow SMEs access credit at affordable rates?

Dr Olaka: It’s good to look at how interest rates have moved in this market and how the policy has evolved.

We know that Kenya had interest rate caps in the past, but the caps were repealed in the 1990s because of the same effects we are seeing today.

While rates have fluctuated since then, the average rate has been 14 to 17 percent over time; except for in 1993 when rates were at an all-time high of 85%.

Other countries in Africa, including Tanzania, Uganda, Ghana and South Africa have experienced similar “spikes” in interest rates occasioned by inflation, currency devaluation, excessive government borrowing, and other macro-economic factors. In all cases, rates normalised when market dynamics improved.

Kenya had the lowest lending rates in early 2000, when the Government policy disincentivised domestic borrowing thus forcing banks to lend to the private sector.

In 2015, before the caps were introduced in Kenya, the average rate of borrowing was about 16% with companies and low-risk borrowers accessing loans of about 10% to 14%. The 25% that you reference was likely for unsecured and high-risk borrowers, which include SMEs.

{See also: Standard goes big on digital with an eye on youth market}

There are several measures that have now come in over the past few weeks, including the Central Bank Charter that introduces risk-based pricing.

KBA member banks have also adopted an industry Code of Ethics which will introduce self-regulation and higher levels of accountability and transparency, including the introduction of a Whistle Blowing hotline.

Finally, together with CBK, KBA continues to support the Cost of Credit website which provides borrowers with real-time pricing information of banks, enabling them to compare prices.

All these measures increase industry transparency and accountability and are sustainable measures that will help drive competition and bring down the cost of credit.

Dr Olaka: The markets are responding to expectations that 2019 performance will build on last year’s performance, which was largely characterised by stability.

Despite constraints due to the interest rate cap, there was an increase in demand for credit from households, manufacturing, and trade.

Investors are also responding to the enhanced efficiency initiatives, including leveraging on technology for cost optimisation.

Moreover, Kenyan banks are looking at their cross-border strategies. Several banks have invested in other countries and are now seeing those investments contributing positively to their respective financial performance.

BT: In the suit, KBA wanted the court to find that the National Assembly interfered with the Central Bank’s role of monetary policy regulation…does the association still hold the same view after the ruling?

Dr Olaka: KBA does maintain its original view that the law limits Central Bank’s ability to direct and control the monetary policy in Kenya.

This means that when CBK wants to guide interest rates in the market, they are not able to do this effectively because of the controls.

BT:The Consumers Federation of Kenya (COFEK) has appealed the High Court’s ruling. It has also accused the petitioner, Boniface Oduor of working in cahoots with KBA and CBK what is your take on that?

Dr Olaka: We have no dealings with Mr. Oduor. KBA was enjoined in this case as an interested party when the case was filed in 2016.

There are several other cases on this same matter in court where KBA has been enjoined as an interested party.