Royal Media Services (RMS) has curiously pulled down a story implicating a company associated with businessman Muhoho Kenyatta in the contraband sugar imports.

The story, which was based on a report tabled before the joint sitting of the Agriculture and Trade committees, lists Protech Investment Limited as one of the importers of sugar during the duty free window opened by the National Treasury last year following prolonged drought.

It names Muhoho, a brother to President Uhuru Kenyatta and John Stuart Armitage as its directors. The story had been uploaded on the Citizen TV website but was pulled down barely 10 minutes later.

It is not clear where the order to cull the story came from but given that it was based on a priviledged document – with no risk of legal action at the media house – an indication it must have come from an influential individual.

The inclusion of Muhoho’s name in the importation of huge amounts of sugar in the dossier is seen as embarrassing to the President who has vowed to fight corruption head on especially following revelations that part of the imports were contaminated with mercury, copper and lead making them unfit for human consumption.

Security agents have seized thousands of tonnes of the imported sugar most of which was imported by West Kenya Sugar Company, which is owned by the Rai family, sparking a national outcry.

It is not the first time a member of the Kenyatta family has been mentioned in a report on corruption in government.

The government came to their defence, saying they qualified under the Access to Government Procurement Opportunities (AGPO), for Youth,Women and Persons With Disabilities.

While questions of conflict of interest and favouritism have arose, there is no law barring members of the President’s family or their companies from doing genuine business with government or generally taking advantage of openings such as the duty free imports window. 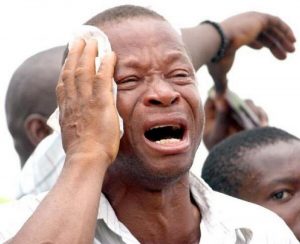 Big winners, big losers: Kenya’s addiction to gambling
Figures from the Betting Control and Licensing Board, show that…