The Director General of the Public Investments and Portfolio Management in the National Treasury Stanley Kamau has urged pension funds in Kenya to invest in infrastructure to support the attainment of the Government’s Big 4 Agenda.

Lauding the move by a number of Kenyan pension funds to commit to making long term investments, Kamau said that participation by pension funds was critical in meeting the funding gap for infrastructure.

“There is a pipeline of opportunities to invest under the PPP programs and pension funds can benefit from the stable and attractive long-term returns that can be obtained by investing in infrastructure PPP projects,” he added. Kamau was speaking at a plenary workshop for trustees of the Kenya Pension Fund Investment Consortium (KEPFIC).

Formed in 2018 by pension schemes, KEPFIC has a membership of 14 pension funds with a total asset base of over Ksh 200 billion.

Sundeep K Raichura, Zamara Group Chief Executive and a member of KEPFIC Steering Committee said that the membership of KEPFIC was expected to increase to 20 in the coming months and the total asset base to increase to over Ksh 300 billion.

“KEPFIC enables the pooling of assets of pension schemes to reach critical scale and new investment capabilities. With over 1,300 local pension schemes, most Kenyan pension funds are too small to undertake complex investments in infrastructure and other alternative assets, which require costly research and due diligence, and necessitate large amounts of capital that may exceed their individual capacities or regulatory limits,” added Raichura.

“The consortium has received a number of proposals for a wide range of infrastructure investments, including energy, roads, water and affordable housing and we aim to mobilise a fund of Ksh 5 billion over a period of two years to undertake these projects”, said Raichura. He said plans were underway to work on forming a partnerships with pension funds in the United States of America, South Africa and the United Kingdom to facilitate Ksh 25 billion in investments in infrastructure, real estate and affordable housing over the next four years.

Ken Kaniu, CEO of Britam Asset Managers, gave the example of Britam which has recently concluded its investment of Ksh 1.4 billion in an energy plant in conjunction with a US based company called Everstrong.

Nzomo Mutuku, CEO of the Retirement Benefits Authority (RBA), urged KEFPIC to broaden its membership to bring more pension funds on board. “The establishment of this consortium will mobilise domestic capital to meet our country’s long term investment needs” said Mutuku. The RBA chief stated that investment in alternative assets by schemes was gaining momentum with investment in private equity and venture capital increasing by 51% from Ksh 422 million in June 2018 to Ksh 863 million in December 2018, accounting for 0.07% of the total assets.

Historically, infrastructure development in Kenya has been financed by the public sector. However, the country’s current financing gap for infrastructure is $4 billion. 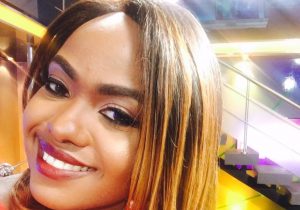