This comes months after the publisher recalled embattled reporter Kimiko de-Freytas Tamura over the media giant’s controversial decision to run with gorry photos captured during the Riverside Terrorist attack in January this year.

In a statement published on its website, The Times announced it has enlisted the services of the former Daily Nation journalist who will be stationed in Nairobi covering East Africa.

“We are excited to announce our first new correspondent: Abdi Latif Dahir is joining The Times in Nairobi from Quartz Africa, where he has served three years as East Africa reporter,” reads the statement.

According to the dispatch, Abdi was born in Nairobi and grew up partly in Mogadishu.

He began his career nearly a decade ago covering business and technology for the Daily Nation, in Kenya, and went on to write about the Horn of Africa region for various news outlets, including Africa Review, The East African, United Press International and Al Jazeera English.

Besides his work in East Africa, Abdi has reported from Egypt and Nigeria, covered the United Nations General Assembly and written from Minnesota about the surge of the Somali political class there during the 2018 midterm elections in the United States.

However, Abdi joins the publisher at a time when it is struggling to repair an already fractured relationship with Kenyan readers.

Ironically, the job advert of which Abdi has emerged as the successful candidate put The Times on the firing line over what many Kenyans deemed insensitive and disrespectful.

The job advert placed on July 3 detailed a vivid description of the kind of candidate the publisher was looking for to replace Tamura but the description used in the advert rubbed many Kenyans the wrong way.

Months earlier the Media Council of Kenya (MCK) had in vain attempted to have The Times pull down the gorry photos taken from the DusitD2 terror attack threatening not to accredit any of the American print and online media organization’s journalists but The Times did not heed to its demands. 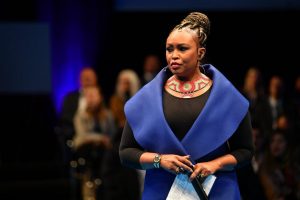