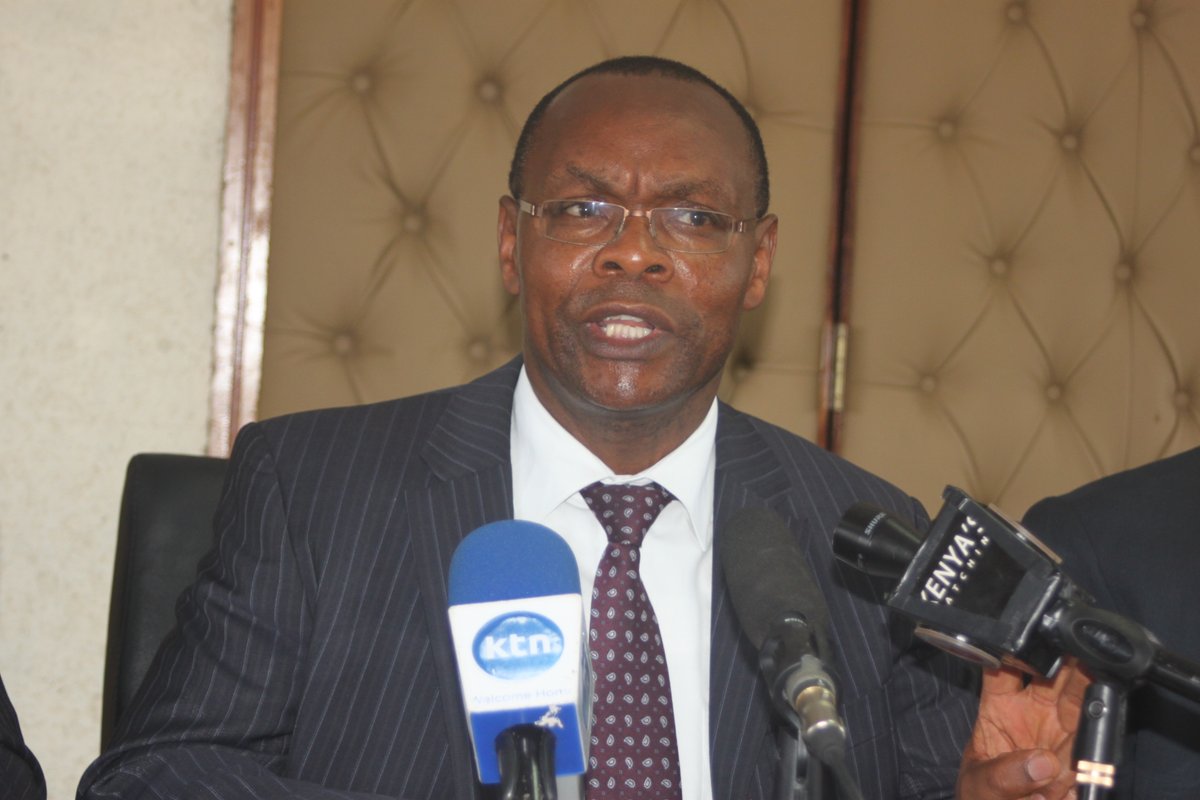 The contraband sugar impounded in the county has no mercury, but high content of Copper and lead, Kenya Bureau of Standards (KEBS) has admitted.

The new revelations deepen the controversy surrounding the “poisonous sugar’ already flooded in the Kenyan markets.

While appearing before the National Assembly Committee on Trade, Kenya Bureau of Standards MD Charles Ongwae said the company had conducted a chemical test on the said sugar and there was no mercury detected.

However, after being pressed further, Ongwae admitted that there were traces of Copper and Lead that could be dangerous for human consumption.

“Acceptable copper in sugar is two milligrammes per KG. But in the samples, it was found to be 20.7 milligrams per KG.” Ongwae told the committee,” Ongwae said.

Ongwae told the committee that their first sample report submitted to the DCI did not contain mercury because the standards they use borrow heavily from the Codex which does not require mercury test for sugars.

He said due to public outcry, subsequent tests have been conducted for heavy metal contaminants on the impounded sugars and mercury had not been detected.

“I want to be very clear Mr Chairman in the samples we have tested there is no Mercury that has been detected,” he said.

He said the sugars had been tested against the country standards of brown and white sugars as required by the EAC standards.

Ongwae said further microbiological tests on Kabras and UGT sugar are being conducted and the report will be issued to DCIO.

Interior CS Fred Matiangi had said the bags of contraband sugar that were seized from a warehouse in Nairobi’s Eastleigh area have mercury and copper components.

The sugar – mainly from Brazil – was seized in Eastleigh estate in Nairobi and suspects arrested.

At a press briefing last week Matiang’i added that it has about 12 per cent moisture and is harmful to consumers.

The CS said the results of tests on counterfeit goods confiscated over the last one month have been “shocking”.

“It is unfortunate that some characters are making abnormal profits from selling poisonous and injurious products to Kenyans,” he said. “The criminality around illegal sugar importation and fuel adulteration is mind boggling.”

But the claims were refuted on Wednesday, by his Industrialization counterpart, Adan Mohammed.

Adan was speaking while answering questions from the same committee chaired by Kanini Kega.

He challenged anyone with evidence of mercury in contraband sugar to present it to the Kenya Bureau of Standards.

“Tests carried out by KEBS did not find any form of toxic metal as claimed. I however call on anyone with contrary information to alert the authorities,” Mohammed told the Trade Committee which was meeting at a city hotel to discuss the amendments to the anti-counterfeit laws.

In a quick response, Directorate of Criminal Investigations director George Kinoti told the CS to fact check his information on the contraband sugar scandal.

Kinoti insisted that mercury and other harmful substances are found in netted sugar adding that the CS needs to “get his facts right.”