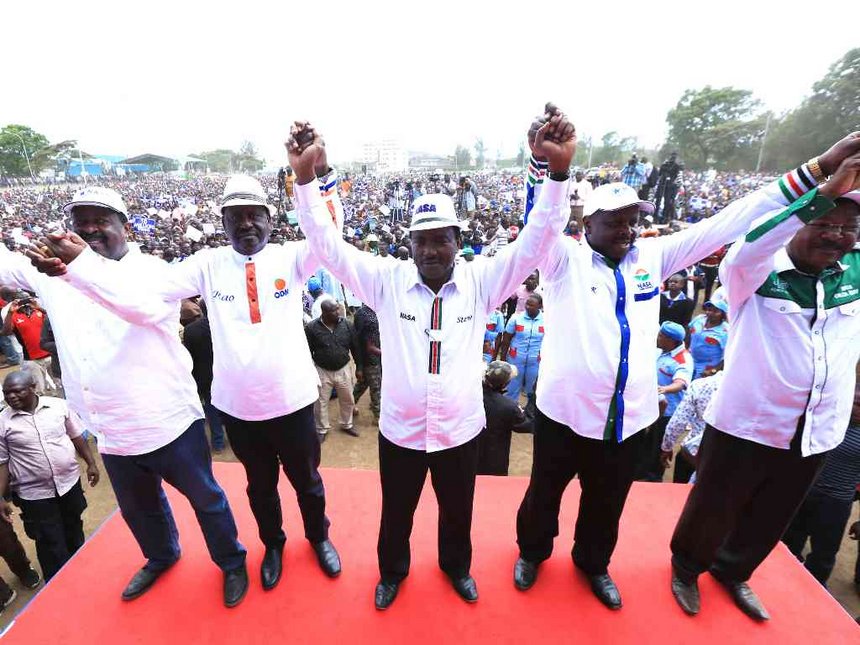 The National Super Alliance (NASA) campaign team has resolved to conduct a ‘harambee’ to fund the presidential campaigns of Raila Odinga and his running mate Kalonzo Musyoka in the forthcoming fresh polls, following the nullification of the August presidential election by the Supreme Court.

The team introduced a pay bill number 99144 and a Cooperative Bank of Kenya account to enable their supporters send their contributions towards the campaign expenses. In addition, it has emerged that all elected leaders affiliated to the SANA coalition will each sacrifice their salaries to support the campaigns. If all MPs, Senators and governors affiliated to the coalition adhere to the agreement, they will raise more than Ksh 100 million.

The previous campaigns were so intensive that they could have exhausted the budgeted amount for the campaigns, with concerned parties having largely not been prepared for fresh elections.

On the other hand, President Kenyatta’s campaigns were sponsored to a tune of Ksh 1 billion which was collected in less than two hours in an exclusive dinner.

Earlier, Raila chief campaigner Musalia Mudavadi indicated that they would avoid as much as possible contributions from tycoons who would arm-twist them later to return the favour for personal interests.

“Our biggest financiers are the rank and file members of the coalition who can contribute as little as Sh1,000 towards the campaign. We want to ensure that our campaigns are people driven,” said Mudavadi.

Currently, there is no limit to which candidates can receive donations for campaigns from prospective sponsors. The window to raise unlimited funds was opened in December when the National Assembly suspended the law capping spending limits during campaigns in a spirited drive pushed by the Justice and Legal Affairs Committee Chairman Samuel Chepkonga.