“May the Almighty God continue to bless you, keep you strong, healthy and happy and may He watch over you for us! Francis Atwoli unapendwa ajabu! Happy Birthday Mr. Amazing!” said Mary, who served the Cotu Secretary General a birthday cake.

She surprised him in his office when she arrived with the cake, which was branded in Cotu colours.

Atwoli, who is also married to Jenifer, met Mary met in 2005, in Kampala, Uganda, when she was aged 21 years old and an undergraduate student at Makerere University.  Atwoli has 17 children.

In a past interview, Mary told The Nairobian that, “I love Atwoli, he is a caring man who is always there for me. Given another chance, I will still fall in love with him.” Yet when Atwoli first proposed to her, she turned down the offer.

“He proposed to me but I said no. But he insisted, saying that he was serious and would wait for even 1,000 years for me to say ‘yes’ and marry him,” reveals Kilobi. In retrospect, the TV anchor says she turned down the proposal because of their age difference.

“But I have now realised that age should never be a key consideration in a relationship. Atwoli is that guy who is never bothered about mundane issues that sometimes break up marriages,” she told The Nairobian reporter Hudson Gumbihi.

Apparently, the senior Atwoli shares a birthday with his son, Prof Lukoye Atwoli.

The Moi University medicine professor posted a photo of Sarova Panafric Hotel serving him with a birthday cake earlier Thursday. 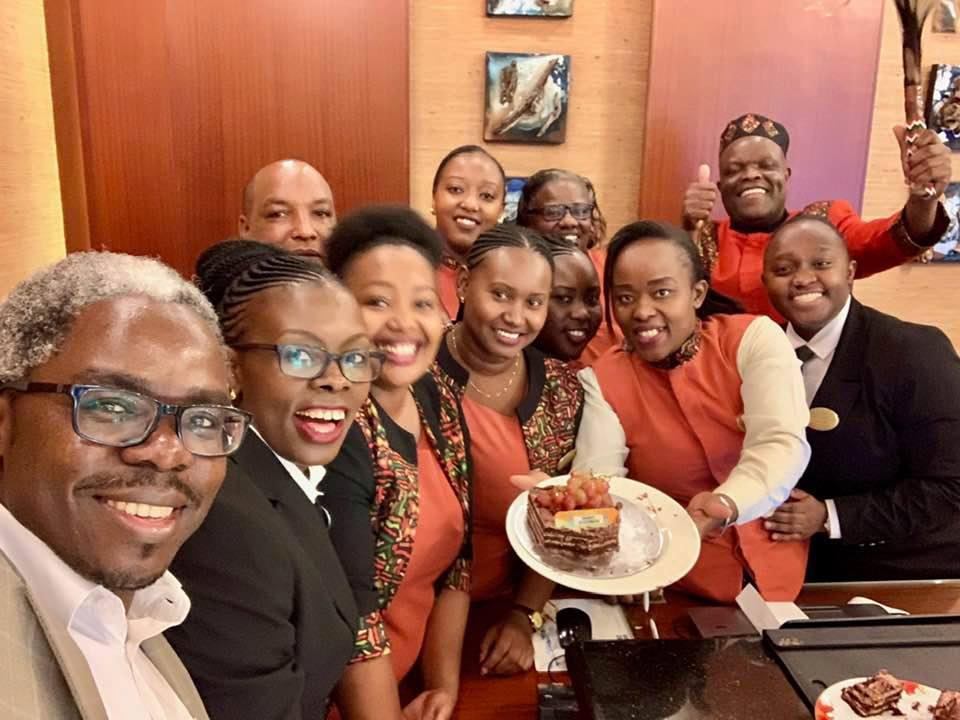 “The wonderful people at Sarova Panafric Hotel in Nairobi have just made my day! Asanteni sana!” he wrote.

Atwoli, who does not take any prisoners, has dedicated more than three decades of his live to trade unionism and holds various leadership roles in Africa and globally.