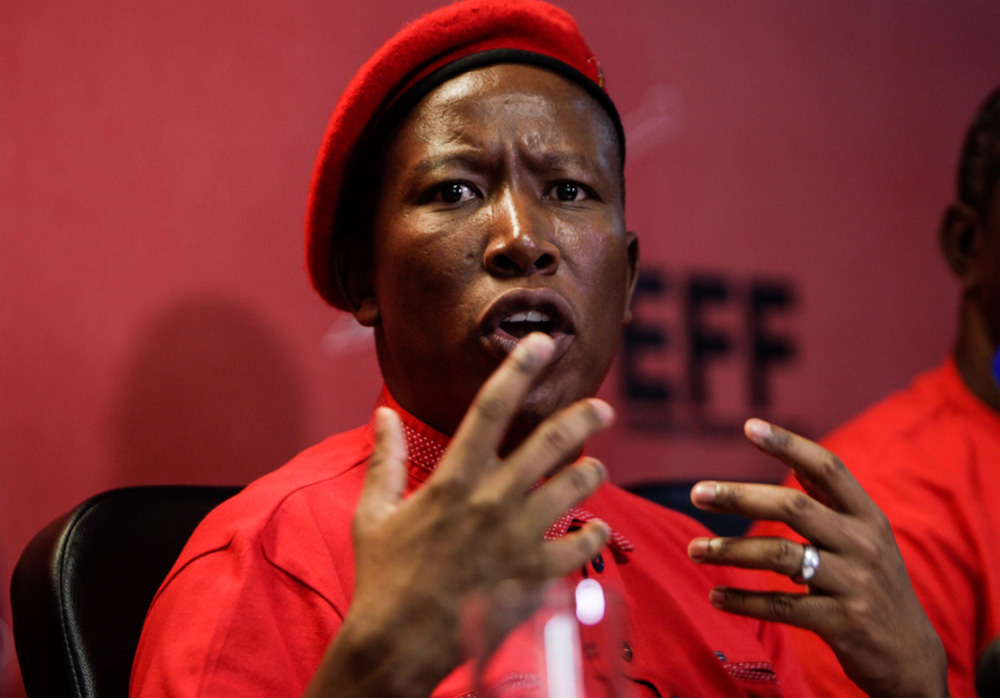 South African Economic Freedom Fighters party leader Julius Malema’s powerful speech at Winnie Mandela’s funeral on Sunday has become an internet sensation with people from across the continent borrowing his bare-knuckled criticism of hypocrites to relate their own situations.

Malema had no mercy for those he said betrayed Nelson Mandela’s first wife to the apartheid regime and even disowned her and yet were crying the loudest following her d***h. He, however, said he did not know how to deal with them since she never told him how, adding he was waiting for a signal.

Kenyans on Twitter are among those participating in the #JuliusMalemaChallenge with some suggesting a similar speech should be delivered during liberation hero Kenneth Matiba’s funeral. Others urged the veteran politician, who d**d on Sunday as a result of complications he s******d while in p****n, to send them early signals on how to deal with those who persecuted him.

Here are some of the posts:

Julius Malema unknowingly under 10 minutes restructured and changed how Africans will be mourning their heroes. We will call out all the hypocrites & betrayors in beautiful suits.#JuliusMalemaChallenge is by being truthful. #RIPMATIBA send us early signals how to deal with them pic.twitter.com/2rr0USi3ZZ

So much hypocrisy on the D***h of Matiba. I think we need our Julius Malema to deconstruct them on the spot. And only Dr. @migunamiguna can currently carry the mantle with honour. #RIPKennethMatiba

We need a, ‘Julius Malema,’ to speak at Matiba’s funeral. We know the snakes who caused him pain are gonna be there pretending to be sad!

They are here mama! Give us a signal on how to deal with them.

@orengo_james was the original Malema. Watch how those who t******d Matiba (Moi), sat by as his businesses were auctioned (Kibaki), and refused to process the payment of Matiba’s court award for the t*****e (Uhuru) now send eloquent messages of condolence. #FakeTears#RIPMatibahttps://t.co/GgleuDGgOi

Mama even those who pretend to be busy on their phone in the club and when you put a mzinga on the table they become friendly; they are here Mama. Give us a signal on how to deal with them. #JuliusMalemaChallenge

Those who add us into Whatsup Groups without our permission are here and they get so much offended when we leave – we are waiting for a signal on how to deal with them Mama. #JuliusMalemaChallenge

Mama, even the youths who voted on October 26 for this regime are here and whining more than us that jobs are going for old people and age limit is being extended to keep such oldies on the job….give us a SIGNAL ?#JuliusMalemaChallenge

Julius Malema speech at the #WinnieMandelaFuneral waiting for ur signal Mama #JuliusMalemaChallengepic.twitter.com/MzuSmUhIjm

Even those who accept our mpesa & don’t send tokens back. They’re here mama. Give us a sign on how to deal with KPLC #JuliusMalemachallenge

Even those banks that tie strings on pens because they don’t trust us with their pens, but expect us to trust them with our money are here…#JuliusMalemaChallengepic.twitter.com/kOBa2f23AT