With over 100 episodes under its belt, the stock exchange oriented TV show has rung the bell for another season.

The Nairobi Securities Exchange (NSE) on June 6 launched the third season of the television show, The Trading Bell.

Along with its media partner the Standard Group, the show’s new season was launched at an event at Sarova Stanley, Nairobi which was graced by the Chief of Staff and Head of President’s Delivery Unit Nzioka Waita.

Waita said that NSE and Standard Group should be lauded for pushing content that may not be too popular on a mass scale but that was “critical to the survival of this nation.”

“For too long, we have lamented about content on TV being too negative, too politically skewed and also not telling some of the  stories that ought to be told. A nation that consumes negativity becomes negative,” he said.

Season 3 of the Trading Bell will premiere on June 7, with the show set to highlight private and public sector initiatives aimed at consolidating Kenya’s position as a leading financial and investment hub.

Trading Bell, according to the NSE, will also seek to showcase Kenya’s investment opportunities under the big four agenda.

The bourse said that the show, which airs on KTN News, is part of the Exchange’s strategic initiatives to enhance visibility of listed companies.

NSE also said that it wants to use the Trading Bell to promote investor knowledge among local and international investors.

The show also showcases the Kenyan Capital Market sector and its impact and alignment to government policies and initiatives for sustained economic growth.

Speaking during the launch, NSE Chairman Sam Kimani said, “Today’s launch is a testament of our continued commitment to enhance investor knowledge as well as showcase Kenya’s improving macro-economic environment to mobilize local resources and international capital to Kenya.”

The show has managed to host chief executives of listed companies as well as high profile international guests. Last year, during the trip by CNN reporter Richard Quest to cover the launch of the Kenya Airways maiden flight to New York, the Trading Bell show hosted the CNN reporter. 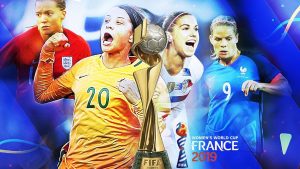