The financial crisis in Kenyan Football is heating up with a likelihood of the top tier league to be halted.

The issue affects players, clubs in general and even match officials. Hundreds of players, dozens of coaches and match officials have complained about unpaid salaries and allowances. Literally, there is no money in Kenyan Football currently.

As the league prepares for the sixth round of matches this weekend, several clubs have informed the federation that they don’t have the money to honour fixtures. Kenya Premier League’s (KPL) Chief Executive Jack Oguda confirmed on Tuesday that he had received formal requests from seven clubs to postpone the competition.

Jack Oguda said that Kakamega Homeboyz, Mathare United, Chemelil Sugar, Sony Sugar, and Kisumu All-Stars have all formally requested to have the league postponed. These clubs claimed that they do not have money to honour fixtures this weekend and will probably lack the funds for the next couple of games.

However, it is not just individual clubs who are suffering but the entire league. According to Kakamega Homeboyz owner and club chairman Cleophas Shimanyula, the fate of football in Kenya is scary as there is no money everywhere.

“We are using referees who have not been paid for months and you know what that means. They have nothing to lose. Most players have also not been paid and do not even train. It is scary,” said Shimanyula as quoted by Nation.

The entirety of the league, on the other hand, is suffering because of the sudden exit of betting company SportPesa. SportPesa were forced to close shop in Kenya after a continued tussle with the government. However, the betting company had already withdrawn the sponsorship when it was still in talks with regulators over license renewal.

SportPesa’s exit lost the league about Sh90 million a year as direct funding from the betting firm. Through the financial support from the betting company, the league body was able to assist each league club with about Sh350,000 as facilitation grants each month.

KPL’s CEO Jack Oguda said the management is doing everything in their power to get another sponsor for the league.

“We have tried to reach out to the government but they are yet to respond. We are also in talks with some potential sponsors who are showing the interest in coming on board but I cannot commit on anything,” said Oguda.

Two of the biggest clubs in the country, Gor Mahia and AFC Leopards were directly affected by SportPesa’s exit.

Both clubs have struggled to pay players’ salaries and have resulted in asking fans for contributions to help run the club. AFC Leopards are allegedly on the verge of losing their club bus which is targeted by auctioneers due to unpaid debts to a famous hotel in Western Kenya. The club management has refuted these claims.

Both clubs (Gor Mahia and AFC Leopards) are performing well in the league and the players seem motivated to play. However, it’s only a matter of time before players start complaining about unpaid allowances and salaries.

Mathare United also lost its sponsors during the government crackdown on betting companies. 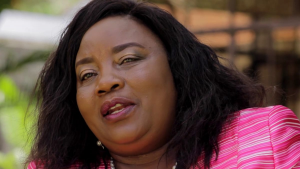