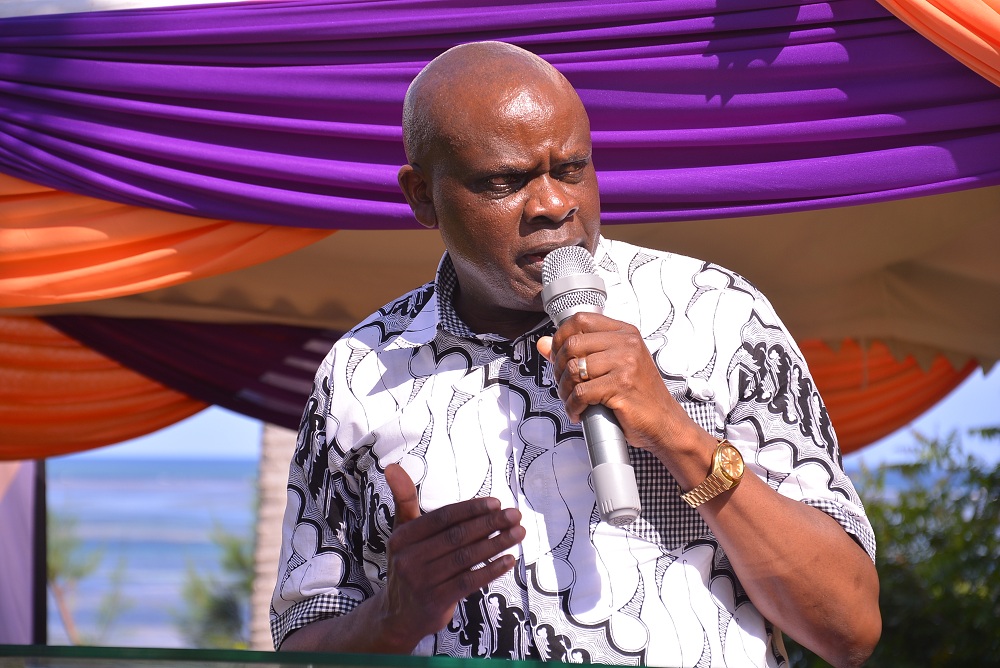 Kenya Electricity Generating Company (KenGen) is committed to delivering on its revamped G2G (Good to Great) strategy which aims at exploring expansion opportunities beyond Kenya to establish an African footprint.

As part of the strategy, KenGen is diversifying its business in tandem with the current global economic trends. This includes selling geothermal steam and commercial drilling services apart from its core business of electricity generation.

“We are evaluating the possibility of setting up a subsidiary that will oversee our non-core activities that are proving to be critical revenue streams. The company will be 100% owned by KenGen and will offer consultancy services not just for players in geothermal but also other sectors, including oil and mining in Kenya and the region,” chairman Joshua Choge has said.

He was speaking in Changamwe, Mombasa, when about 300 KenGen shareholders toured the Kipevu power generating plant ahead of the company’s Annual General Meeting (AGM) later in the month.

The event conducted at a select power plant every year is aimed at giving shareholders an opportunity to monitor their investment and understand the company’s operations.

Addressing the shareholders at the end of the one-day-tour, Choge said the tours enable investors to evaluate the company’s success and help in achieving its growth agenda.

Said Mr Choge: “As the leading power generator, we aspire to provide adequate return to shareholders – targeting a Return-On-Invested-Capital of 10% and profitably supply cheaper renewable electricity to the economy. We believe shareholders can contribute to our growth agenda when they understand our operations,”

KenGen Managing Director and Chief Executive Officer, Rebecca Miano, said in a speech read on her behalf by the Operations Director Eng. Samuel Kariuki the company is shifting focus to environment friendly technologies to generate energy for industrial and domestic use to improve affordability and increase energy security by reducing reliance on oil-based sources.

“We want to bring value to shareholders since green energy is sustainable. This is why as a leading generator in the country, with 85% of installed capacity being green, we have embarked on an ambitious investment program in green energy to meet the country’s growing demand,” said Mrs Miano.

The green energy investments are being undertaken in wind and geothermal.

She said the company was aggressively pursuing a geothermal strategy to mitigate low hydrology.

The strategy is in tandem with the Draft National Geothermal Strategy, whose ultimate objective is to help increase geothermal capacity by improving the framework for public and private participation in the sector. The strategy is guided by the Geothermal Working Group chaired by the ministry of Energy and Petroleum.

Plans are under way to establish a wind power farm in Meru and a solar plant in Embu as part of KenGen’s renewable energy development agenda.

The Ngong Wind Farm has a total generation capacity of 25.5MW, making it the only wind farm connected to the national grid in the country.

“Once the projects are completed, the company will be able to increase its earnings and deal with weather challenges faced by hydro power generation during droughts,” said Mrs Miano.

The company recorded a 34% growth in after tax profit, an increase to Ksh 9.05 billion for the financial year ended June 30th, 2017 up from Ksh 6.74 billion over the same period last year.