The Kenya Airports Authority (KAA) has invited bids for 11 ‘junk’ planes worth a total cost of Ksh13.9 million.

In a notice published in local dailies on Tuesday, KAA through Galaxy Auctioneers has called for a public auction on August 9, 2019 to be held at Wilson Airport.

The planes on sale include; 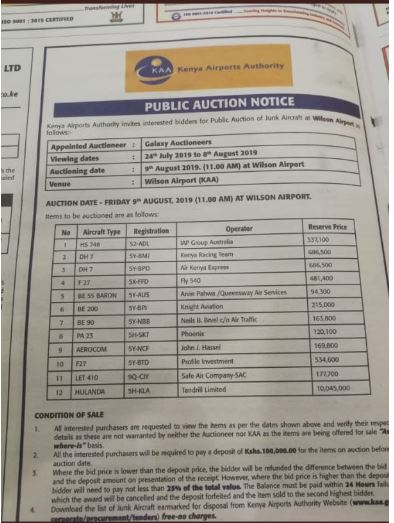 KAA however has a number of conditions before anyone acquires any of the planes.