In a statement, KAA Managing Director/CEO John Andersen said the transaction advisers will, among others, carry out a comprehensive due diligence and evaluation of the PIIP.

In the PIIP, which was floated on October 3, 2018, Kenya Airways is seeking to establish a special purpose vehicle (SPV) specifically dedicated to operating, managing and operating JKIA during the concession period.

A SPV is a subsidiary of a company which is protected from the parent company’s financial risk. It is set up under the conditions set out in Section 59 of the Public Private Partnerships (PPP) Act.

Andersen said KAA’s Board of Directors and Management will consider the proposal on the basis of the guidelines within the PPP Act, which incorporate the requirement of public participation.

“As our valued customers, it is mandatory and important that we get the views and feedback of all relevant stakeholders on the proposals made by KQ in the PIIP,” said Andersen.

The PPP Act Section 2(1) defines a PIIP as a “proposal that is generated by a private party without involvement of the contracting authority and may include information that enables a complete evaluation of the proposal as it it were a bid.”

The PIIP is supposed to satisfy defined criteria, follow statutory steps and obtain approvals from the relevant regulators.

In the coming weeks, KAA said it will hold public participation forums with different stakeholders in line with Article 174 of the Constitution of Kenya, which enhances the participation of the people in the exercise of the powers of the State and in making decisions that affect them.

READ: KENYAN FILM MISSES OUT ON THE OSCARS

The proposal, dubbed Project Simba, got Cabinet approval in June, the aim is to reposition the national carrier in a similar fashion as its main rivals, including Ethiopian Airlines, which have relied on government backing to expand reach.

The public participation forums will be held at the following locations: 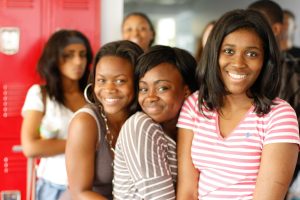