The 65th Java store on Mbagathi Way. The Coffee chain has in the recent past embarked on an aggressive expansion strategy.

Coffee and food chain, Java House Group on Monday launched its 65th branch on Mbagathi Way, Nairobi as the company pursues its aggressive expansion strategy aimed at positioning itself as the leading coffee chain in East Africa.

The launch of the Mbagathi branch comes hot in the heels of the opening of another branch at MP Shah Hospital, further entrenching the company’s appetite to fend off competition.

Java currently has a footprint on 3 countries in East Africa (Kenya, Uganda and Rwanda) and 14 cities in the region.

According to Java, local consumption of its premium coffee has significantly reduced export of bulk raw coffee to global markets.

“We are pleased to be opening yet another branch. Our goal is to bring the Java House experience closer to our guests who we consider family,” said Expressed Java House Chief Executive Paul Smith in a dispatch to newsrooms.

Java House which also owns the 360 Degrees and Planet Yogurt food chain brands has a total of 75 stores in the region.

The decision by Java to relentlessly expand its business could be attributable to increased competition with a number of different brands having set up shop in Kenya over the last year.

Café Espresso, Café Arabika, Dominos, ArtCafe Savannah, Subway and Burger King have all expanded their operations in Kenya in the last year seeking a piece of the prepared coffee revenue.

Until recently, coffee consumption at high end joints was not big in Kenya. But with the proliferation of coffee brands setting up shop in the country, Kenyans have found themselves sucked in the consumption habit either as a leisure activity or by craving.

Kenya is one of the biggest coffee exporters of best quality Arabica coffee to the rest of the world with the commodity being a livelihood earner for over 700,000 smallholder farmers across coffee growing areas in the country. 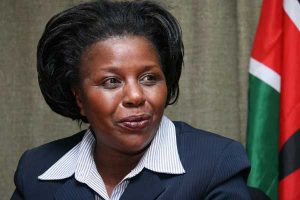