Nairobi County Governor Mike Sonko. An arrest warrant has been issued against him by DPP Noordin Haji.

He is currently being flown in a police chopper to Nairobi where he will be placed in police custody before being arraigned in court.

Reports indicate that the governor was escaping arrest when he was rounded up by the EACC sleuths at a roadblock.

Early Friday, Haji ordered Sonko’s arrest over the alleged theft of Ksh357 million and laundering of Ksh24 million through the capital government’s coffers.

Speaking during a press conference on Friday, Haji also ordered the arrest of a host of other county officials including County Secretary Peter Kariuki and Head of Supply Chain Management Peter Mwangangi who he accused of lining up their pockets at the expense of Nairobi City residents.

The tough-talking public prosecutor also took issue with the city governor for making the investigations extremely difficult through hiring goons to obstruct justice.

“Investigations into these crimes have been challenging because of the accused repeated attempts to obstruct the course of the investigations by deploying intimidation tactics in addition to using goons to threaten law enforcement officials carrying out their constitutional mandate,” said Haji.

According to Haji, the investigations by EACC uncovered numerous instances of criminal conduct and general disregard of the law and established criminal culpability by the governor and his co-accused.

“No one or any entity is above the law and we will never tolerate activities. The ODPP will continue to ask investigative agencies to meticulously investigate any instances of lawbreaking without fear or favour,” said Haji.

Others set to be prosecuted alongside the governor include

Haji also stated that he is aware that Sonko’s arrest might lead to social unrest in Nairobi and warned that additional charges will be preferred against the governor in the event that happens.

“Any attempt top instigate social arrest in Nairobi and incite the public will be countered with all government response. Members of the public are advised not to allow themselves to be used as human shields in the defense of the charged officials,” said Haji.

“The ODPP is cognizant of the principle of innocent until proven guilty, the determination which can only be made by a court of law. In recent times, we have seen that corruption fights back, there have been blatant attempts to intimidate, threaten and malign investigative agencies, we shall not allow such acts to go on,” he added.

On Thursday, Waititu threatened to set up a parallel office to counter Deputy Governor James Nyoro’s administration insisting that he is the county’s legally elected governor. 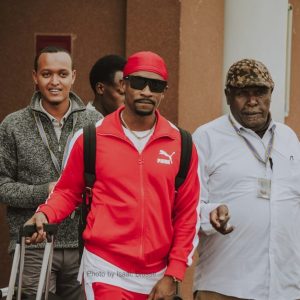 Hyped Chris Martin Concert Moved to Impala Grounds
Initially planned to be hosted at KICC, the much anticipated…