Council of governors chairman Wycliffe Oparanya addressing reporters outside the Supreme Court after filing case with the court on July 15th. Photo/Kevin Namunwa

The council of governors continuously lament about neglect by the national treasury following a delay of the disbursement of monthly county funds. Each county receives Sh 31.6 billion every month.

In a statement, the chairman of the council of governors Wycliffe Oparanya said that counties have not yet received the monthly disbursement for November. The Kakamega governor argued that withholding development funds by the National Treasury creates a crisis in service delivery by the County Governments as development is pegged on available resources.

“We note that all the 47 County Governments have not received their November monthly disbursement of Kshs. 31.6 billion which was due on 15th November 2019. This has greatly affected the operations of County Governments in the provision of basic services at mashinani,” said Oparanya who represents all the 47 governors as their chair.

Counties are staring at a repeat financial crisis that could cripple their operations after the tenure of the acting Controller of Budget Stephen Masha ended before releasing funds to the devolved units.

The main task of the CoB is to approve the release of cash from the government’s main account — the Consolidated Fund Services — to ministries, counties and state agencies.

The CoB, however, argued that the expiry of the term of the Ag controller of budget should not warrant the delay in funds disbursement.

“Whereas the earlier delay on disbursements of funds was attributed to expiry of term of the Ag. Controller of Budget, the Council notes that the President appointed the new Controller of Budget through a gazette notice dated 4th December 2019 hence the approval of disbursements of funds should be fast-tracked to allow County Governments to realize their targets for the quarter,” the statement further reads.

The council also lamented about counties that are not receiving funds because of their pending bills. The CoB said that the isolation of these counties from the disbursement of funds negates the spirit and letter of devolution which connotes effective service delivery to the citizens.

The CoB defended the isolated counties saying that every county has progressively made deliberate efforts to settle pending bills which includes those inherited from the local authorities.

“The method used by National Treasury to categorize County Governments did not take into account the issue of historical debts and only concentrated on payment of pending bills between 1st July and 31st October 2019,” the statement reads, “This threshold does not take into account the efforts being made by the County Governments to clear the accrued pending bills.”

On Sunday, Council of Governors chairman Wycliffe Oparanya said counties are grappling with cash flow problems that have crippled services and stalled projects.

Counties were starved of cash at the start of the financial year following a stalemate over the revenue sharing formula between the national government and the devolved units. 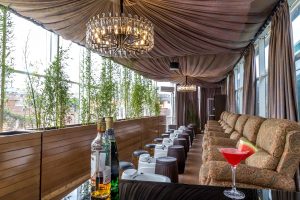