The Ministry of Foreign Affairs has dismissed The Nation’s cover story published on Thursday as ‘a compilation of falsity and innuendos’.

Nation’s story which reported on possible reasons why a number of President Uhuru Kenyatta’s ambassadorial nominees are yet to deploy to their receiving countries despite parliament having deemed them fit for the jobs in March last year.

In a statement, The Ministry has come out all guns blazing dismissing claims that the nominees are yet to report to their postings because of friction between the executive and parliament. The Ministry has also dismissed the allegation that some of the receiving countries have rejected the nominees for various reasons.

Aggrey Mutambo’s story alleges that the nominees are yet to deploy because President Uhuru Kenyatta is yet to commission them. It also alleged that the Parliamentary Committee on Defence and Foreign Relations has attempted to reach out to the ministry in a bid to solve the impasse without much success.

During his vetting MPs put Muhoro to task over disapperances and extrajudicial killings during his tenure as honcho at Mazingira Complex while Wario and Ekai have been charged with abetting theft of public funds in the infamous Rio Scandal.

“The attention of the Ministry of Foreign Affairs has been drawn to your headline push and pull over the president’s new envoys in today’s paper which is a compilation of falsity and innuendos falling short of professional reputation and stature associated with the Daily Nation,” reads the statement retweeted by Foreign Affairs Cabinet Secretary Monica Juma.

Further, the ministry also dismissed claims that President Kenyatta’s envoy nominee to Canada Lucy Chelimo was rejected by Ottawa on grounds that she did not boast of any diplomatic experience.

SEE ALSO: MUTUMA MATHIU: WILL HE RESTORE ‘THE TRUTH’ IN NATION?

“Kenya has never had any envoy rejected by any country! And that is the reality with this cohort of Heads of Mission. In fact all of the host countries are ready to receive them and have begun to do so,” further reads the statement. 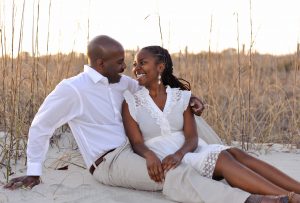