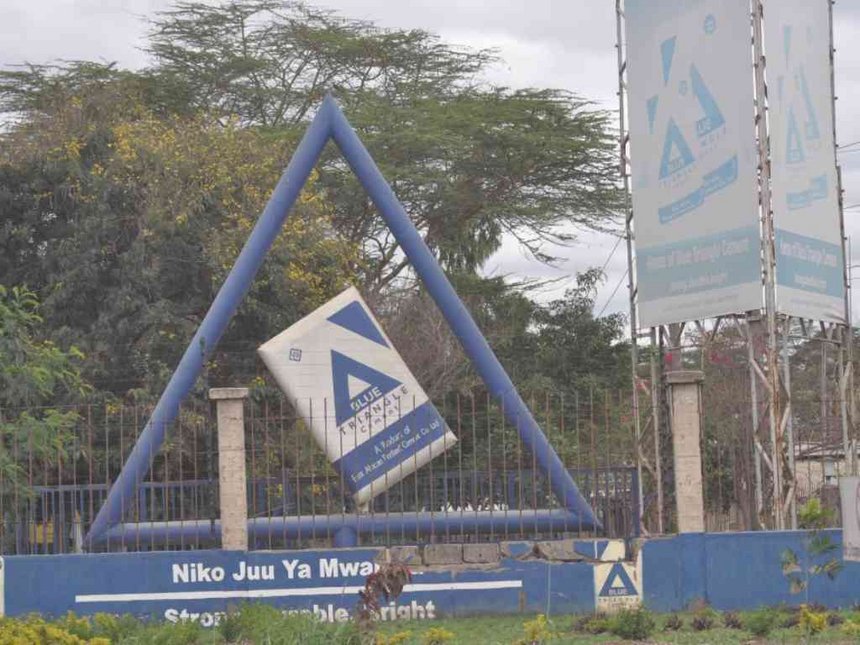 The sign board erected at East African Portland Cement Company's production plant in Athi River, Machakos County, The company has sunk to a Sh3.4 billion.

This comes as a blow to EAPCC considering that its rival, Bamburi Cement recently reported an increase in its half-year profits for the period ended June 2020 to Ksh721 million up from the Ksh393 million reported the previous year.

EAPCC attributes the losses to oversupply in the market that piled downward pressure on prices. The company also avers that the loss is partly attributable to a restructuring process aimed at making the company more sustainable in the long term.

During the period under review, the group’s balance sheet shrunk to Ksh36.5 billion down from Ksh37.6 billion as revenue tumbled by 45% to Ksh2.8 billion from Ksh5.1 billion.

Administration and selling expenses set back the manufacturer some Ksh2.55 billion down from Ksh3.79 billion.

Losses before tax stood at Ksh2.96 billion, a figure that is in stark contrast to the Ksh7 billion profit reported the year before.

Consequently, investors are now staring at Ksh37.35 in losses per share, the metric used to measure a firm’s profitability.

Going forward, the company says it is focusing on cutting on costs and recapitalization of the business to make the firm more competitive amid cut-throat competition in the sector.

“The main focus remains attainment of cost leadership and completion of balance sheet restructuring geared at recapitalization of the business in order to achieve its strategic objectives. Emphasis will be placed on cost optimization and revenue enhancement through improvement and productivity and efficient use of resources,” the company said in a statetement.

EAPCC also says it is planning to increase production, market its cement more agressively in order to boost sales and thereafter reposition the company into a profitable entity.