The digital card with Prof Kisiangani’s photo attributes the following quote to him: ““Livondo should be given state security, otherwise we could witness another Msando, Yebei and Kipyegon Kenei.”  The tweet went viral. 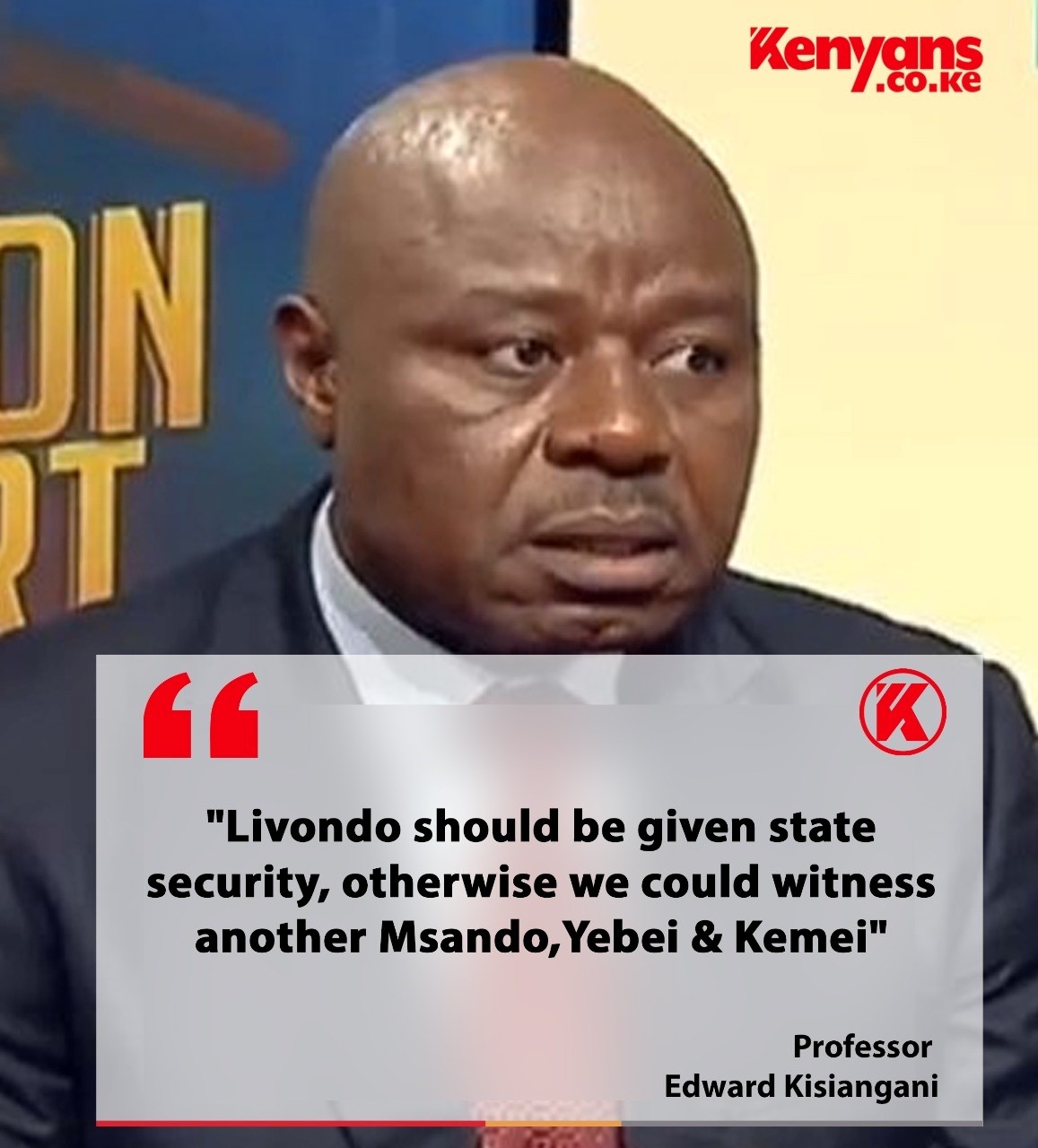 Mr Livondo, a politician and parliamentary aspirant in 2013, on 19th February 2022 claimed that a senior person tried to assàssinate President Uhuru Kenyatta twice. He added that both attempts involved aero planes that the president was using.

Speaking at the thanksgiving ceremony for Gatundu South MP, Moses Kuria, on Saturday 19th February in Thika Town, Livondo said: “You have a friend, who attempted to crash your plane twice, will you forgive him?  The first attempt was when President Uhuru Kenyatta was leaving Kisumu and the second attempt was when he was going to the US through Dubai and he had to make a detour,” Livondo said.

On 21st February, the Directorate of Criminàl Investigations summoned businessman Stanley Livondo over his remarks on an assássination attempt on President Uhuru Kenyatta.

A fact-check on the digital card reveals that it is fake. Kenyans.co.ke, an online publication, debunked the digital card on its Twitter account on 22nd February as fake, stating the card did not originate from their media house. 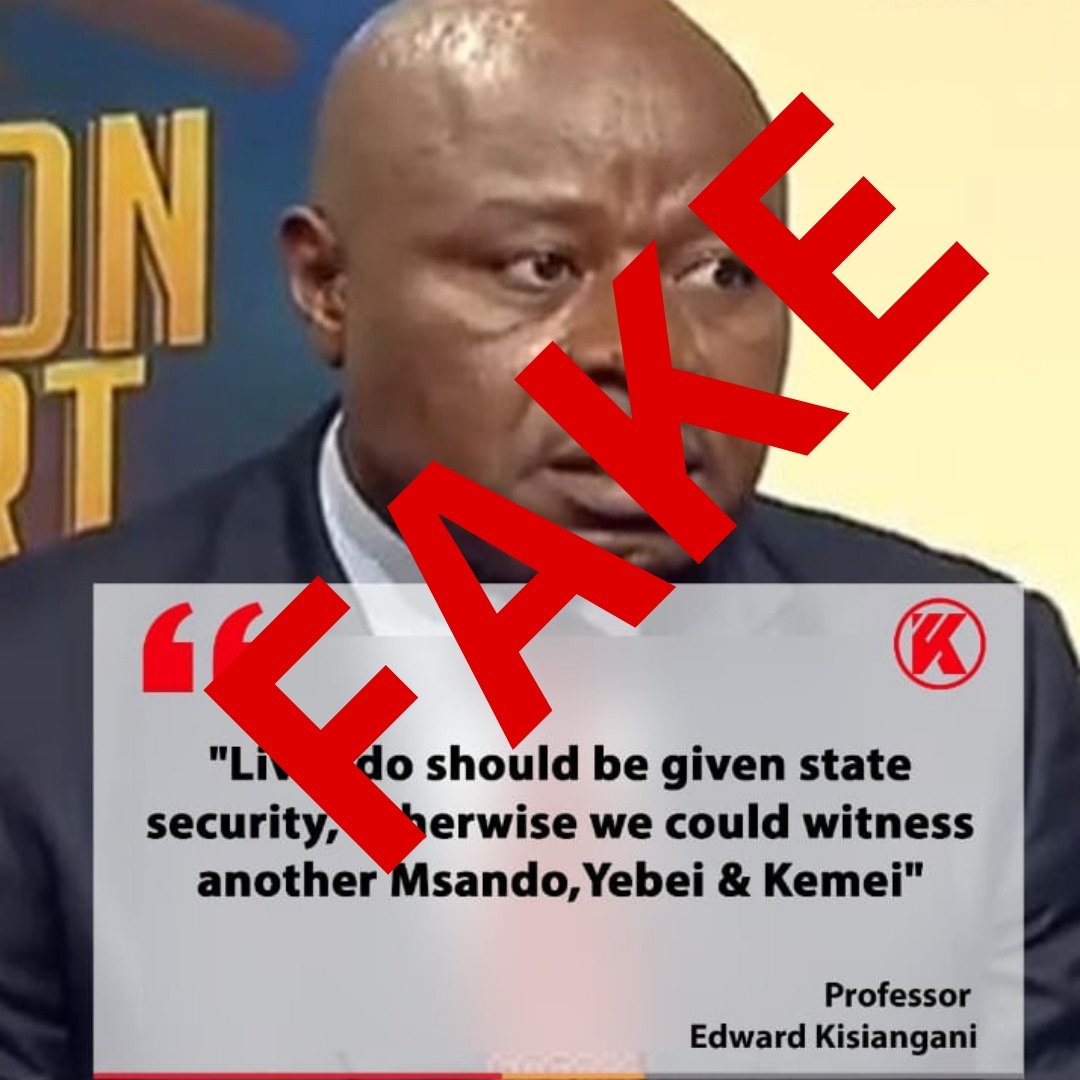 “This post did not emanate from our media house. It does not conform to the in-house branding rules and did not go through the multiple approval checks set in place to prevent misreporting,” Kenyans.co.ke said in a statement.

A check on Prof Edward Kisiang’ani’s twitter page doesn’t reveal anything to do with the quote. Also an online Google search yielded no results where Prof Kisiang’ani is quoted saying so.