Cytonn CEO Edwin Dande regrets leaving Britam in the midst of law suits against him together with his colleagues.

Dande who, along with his partners, resigned from Britam three years ago is currently facing a law suit from his former employer. They maintained their innocence and denied having looted the case is still in court.

Relationships between an employer and an employee are regarded as beneficial to both parties and Dande realises this and wishes to change it. He, however, maintains his innocence and said that he had to defend himself after he was sued by his former employer.

Speaking to Business Today, the Cytonn boss said he wishes he could have a chance to change circumstances under which he left Britam. “We could have left Britam in a less noisier way but when people attack you, you’ll have to defend yourself,” Dande said.

Mr Dande had hinted at a possible handshake with his former employer during a meeting with investors last year, something that he said is still on the table. In the event it happens, the handshake may help the two parties settle their differences out of court.

He had previously termed the law suits as malicious in an article he wrote on Business Today.

“The suits were obviously malicious and designed to achieve only two objectives: first was to punish the former team for daring to leave as a team, and second was to deter competition,” reads an excerpt from the article.

Dande, along with his fellow Cytonn partners, recently obtained a court order forcing Britam to disclose the forensic report that suggests they looted from the company. 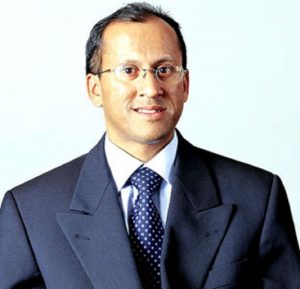