Crown Paints Group Human Resources Manager Nicholas Wanambisi cuts the ribbon to officially handover the school to Milani Secondary School management in Bungoma after a major facelift. Looking are school board of directors.

Crown Paints has spent over Ksh 100 million in the last five years in changing people’s lives through corporate social programmes that range from painting schools, children homes, police stations and hospitals across the country. At the weekend, the firm handed over of Milani Friends Secondary School in Bungoma County after a facelift paint-job of the school at a cost of over Ksh 500,000.

Addressing over 200 parents, school sponsors and local leadership of the county, Crown Paints Group Human Resources Manager Nicholas Wanambisi said such initiatives were responses by the company to transform the lives of people within communities in which it operates.

“Crown Paints are proud to be part of this initiative which is aimed at enhancing the school’s image as well as creating a positive ambience for the students and teachers as well,” said Mr Wanambisi. “Crown Paints continues to set the pace as a leader in service to the community. This is in line with our mission of transforming lifestyles through empowering communities,” he added.

The paint manufacturing company has been investing over Ksh 20 million annually in programmes that change people’s lives in all counties across the country to enhance performance and wellbeing of individuals.

“We also have a program called Team Kubwa where 10,000 painters have been trained to be professionals. The program is open to all painters in the country who can enrol and train to become professional painters without any cost,” Wanambisi added.

Some of the painters have established themselves in the market and able to train others creating job opportunities. The painting of schools, hospitals, children’s homes and police stations programme has so far covered Nairobi, Nakuru, Homabay, Nyeri and Bungoma Counties with plans to spread in all counties.

The firm with regional operations that extend to Uganda, Tanzania and Rwanda, Crown Paints, which is listed on the Nairobi Stock Exchange is always ready to partner with and support the communities where its customers and employees live, work, and play. 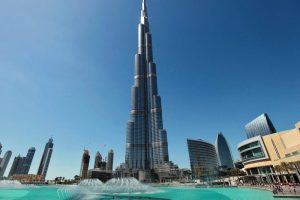