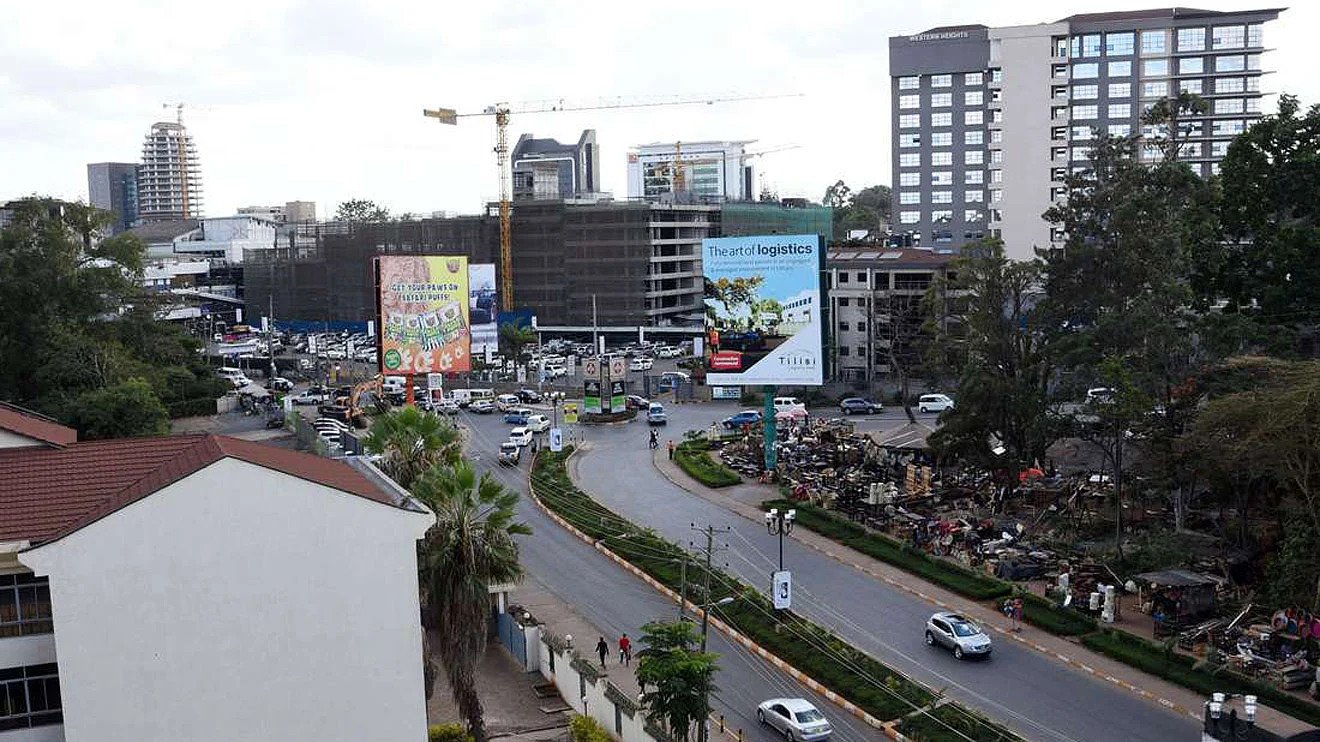 View of a section of Westlands, Nairobi.

For most businesses in Kenya, the onset of the Covid-19 pandemic in mid-March meant re-thinking their operations.

With government restrictions and precautionary measures to consider, it quickly became apparent that major changes would have to be made by firms hoping to thrive or simply stay afloat.

The new normal included near-empty offices as employees started working from home. Others adopted a blend of remote and in-person work.

Nearly everything shifted to the digital space; from meetings to training workshops and day to day collaboration involving different departments and employees.

To counter the inevitable disruption, many firms have optimized for success by turning to the cloud.

Cloud-based productivity software for business has been a huge industry in 2020; with Google Workspace (formerly G-Suite), Microsoft 365 (formerly Office 365) and Slack among others all making waves of their own.

Office 365 was renamed Microsoft 365 in April, as its apps such as cloud-based collaboration software Microsoft Teams found new prominence in the work from home era.

In October, Google cited the transformation in how people work as it rebranded G-Suite to Google Workspace. It introduced a more integrated user experience, and new icons for productivity apps such as Gmail, Calendar, Drive, Docs, Sheets, Slides and Meet.

On Tuesday, December 1, it was announced that enterprise software pioneer Salesforce was acquiring business communication service Slack for $27.1 billion (Ksh2.9 trillion) . Analysts saw the move as a bid to compete with Microsoft in what some have called the ‘Cloud Wars’.

John Schmidt is the founder of BusinessCom, the longest-standing certified Google partner in Africa and one of only 5 Google strategic partners on the continent. With offices in 4 African countries, BusinessCom operates as a Google Cloud & Copper CRM re-seller and trainer.

He told Business Today that, thanks to the ramifications of the pandemic on work, they witnessed a surge in business as more firms sought out cloud-based productivity tools.

“We had 12 people working here (at the Nairobi office) at the start of the year. At the moment we have 32,” he disclosed.

In particular, many businesses have taken up all-in-one solutions such as Google Workspace to avoid disjointed operations.

“You find that many businesses and workers have been all over the place, for example coordinating activities in Whatsapp groups, sending stuff on Gmail, having meetings on Zoom and this brings about various challenges.

“For example there’s the 45-minute limit for meetings on Zoom, or someone can’t find files they’ve been sent on email, or a supervisor can’t track the progress on a document, all this causes businesses to look for solutions,” he stated.

He noted that Google Workspace offered businesses a simplified and efficient way to work, with every tool they need in one place.

Many businesses in the country have been reluctant to adopt cloud-based productivity software due to the associated subscription costs.

However, more firms are finding that a seamless work experience is worth the investment, particularly in world turned upside down.