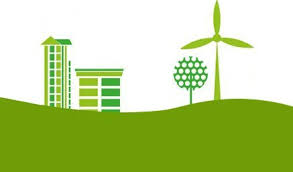 The rise of smart policies such as carbon pricing, dramatic drop in the price of climate-smart technologies and the effects of resilience against supply chain disruptions and other effects of climate change on companies has generated a shift in companies’ approaches to climate investment.

In addition, the Wall Street stalwarts such as Morgan Stanley have shown that responsive investing focusing on sustainability often exceeds the performance of comparable traditional investments. As such, it is inevitable for forward-looking businesses to change their business strategies to infuse climate-smart investments.

“Greening” the mainstream financial markets is one of the critical ways that capital markets could contribute to the global agenda of combating climate change. While green bond listings represent a margin of the overall bond market amounting to 0.2 per cent, they have increased exponentially and are gaining momentum as an essential financing mechanism for a diverse range of environmentally themed projects.

Emerging markets have significantly contributed to the growth of the green bond market with China, India, and Mexico being the top issuers in 2019.

In Africa, several countries have indicated their intention to undertake green bond issuances at both sovereign level and non-sovereign levels.

So far, six countries-Morocco, Kenya, Nigeria, Egypt, Seychelles, and South Africa-have taken a leading role and are at various stages of market development.

Of the six, only two countries, Nigeria and Seychelles have to date issued a sovereign green bond worth of funding the country’s climate fund. Nigeria raised US$ 30 million (Ksh3.03 billion) to fund renewable energy and afforestation projects in 2017.

Acorn Project (Two) Limited Liability Partnership issued the first unlisted Green Bond in Kenya and fifth from Africa in 2019; that is, Climate Bonds Certified by Climate Bonds Initiative worth US$ 40 million to finance buildings that would provide 5,000 university students with environmentally friendly, affordable accommodation in Nairobi.

The now publicly traded green bond is expected to arouse interest in the capital market, especially among the private and institutional investors.

Further, a US$ 50 million (Ksh5.4 billion) Rhino Impact Bonds (RIB) by the Conservation Capital is planned and targets at preserving the endangered black rhino in Kenya and South Africa.

The bond is the first world’s financial instrument linking conservation performance to financial performance. The bond investors will recoup their capital and coupon after five-year term.

The target is to increase the population of the black rhino by 10 percent, hence creates an opportunity for investors seeking Environmental Social and Governance (ESG) perspective in investment to bear the risk of restoring biodiversity.

Drawing from established global multilateral frameworks of low carbon development, Kenya, in line with the sustainable development strategy outlined in the Vision 2030, has established policy frameworks which include: National Climate Change Response Strategy, Green Economy Strategy and Implementation Plan (GESIP), the National Climate Action and the National Policy on Climate Finance and the Climate Change Act 2016.

Given the importance of integrating climate information in government policies to ensure a climate nation, the National Climate Change Response Strategy (NCCRS) was developed.

The NCCRS’s primary objective was developing a comprehensive and concerted suite of strategies to respond to the climate change challenges for Kenya’s socio-economic development.

The NCCAP is a five-year policy instrument that aims to help the country adapt to and reduce the impact of climate change in the long term and provide mechanisms and measures to achieve low carbon climate-resilient development.

The country is currently implementing the NCCAP 2018-2022, which builds upon the first Action Plan (2013-2017) and provides a framework for Kenya to deliver on its Nationally Determined Contribution (NDC) under the Paris Agreement of the United Nations Framework Convention on Climate Change (UNFCCC).

The NCCAP plans to have piloted issuance of two green bonds.

In 2019, the Capital Markets Authority (CMA) approved the legal framework for issuing listed and unlisted green bonds at the Nairobi Securities Exchange (NSE).

The CMA policy guidance note provides the guiding principles for the issuance, listing, and suspension of Green bonds in Kenya. The note outlines the eligibility of independent verifier, the consequence of the breach of requirements, and the use and management of proceeds from a green bond.

The programme played an instrumental regulatory oversight role in the development of the Green Bond Market and NSE Listing Rules by the Capital Markets Authority.

According to the International Finance Corporation (IFC), three economies in Sub-Saharan African, Côte d’Ivoire, Kenya, Nigeria, and South Africa could unlock a US$ 783 billion (Ksh85) trillion opportunity through climate-smart investing. This can be done in sectors such as climate-smart agriculture, transport, renewable energy, green buildings, urban wastewater, and municipal solid waste management.

Due to the increasing urbanization in the region, transport presents the highest opportunity of US$ 499 billion, while buildings and all renewables present US$ 153 billion and US$ 123 billion opportunity, respectively.

The IFC estimates that the selected sectors present a US$ 81 billion climate smart investment opportunity between 2016 and 2030, with under-explored sectors such as waste sector presenting US$ 40 million in investments opportunities.

The IFC estimates a US$ 12 billion opportunity in urban infrastructure, US$ 11 billion in transport, US$ 10 billion renewables and US$ 7 billion in geothermal investment by 2020.

“The Assessment of Green Investment Opportunities” research undertaken by Strategic Business Advisory in collaboration with the Kenya Bankers Association estimates the climate-friendly bonds demand in Kenya at Ksh 91 billion (US$  910 million) over the next 5 to 10 years.

The study further identifies transport, agriculture, and manufacturing as the critical sectors that are leading in demanding green bond financing.

Even though there have been significant efforts aimed at making green bonds popular to investors, the size and the scope of the market remains negligible compared to the global fixed income especially in developing countries. The market remains incipient and its full potential seems to be under-appreciated.

For instance, despite the global green bond market growing more than ten-fold, it has taken twelve years since the first green bond (private) started trading for the Nairobi Securities Exchange to float its first green bond.

A case in point being NCCAP which envisioned the piloting of two green sovereign bonds by December 2020 and none has been piloted to date. This is an indication that there are varied challenges impeding the growth of the green bond market, ranging from institutional, market, and investor barriers.

Focusing on institutional challenges, the Green Bond Principles call for technical skills needed to monitor and assess the use of the proceeds in the project’s lifecycle.

Many developing countries, Kenya included, lack such technical skills and clear guidelines on process and criteria of green bonds issuance. The issuance of CMA guidelines on green bonds in 2019, more than a decade later since the global market embraced green bonds, has deterred many potential investors.

In addition, there was lack of explicit recognition of the green bonds market in climate change policies until the Climate Change Act 2016.

Linked to weak green bond markets framework is a lack of awareness among potential issuers in the country.  The low number of professionals in the country with experience on issuance and management of green bonds has contributed to the low popularization of the green bonds in the investment space.

Market barriers which include the issue of minimum size, the currency of issuance and high transaction costs have also been identified as key contributors to dampened green bonds in Kenya and Africa in general.

Generally, fixed income investors prefer high levels of liquidity from the issuer before making their investment, which discourages small investors who are undoubtedly liquidity constrained.

Even though green bond principles exempt developing countries such as Kenya from the standard minimum size, the nature of the bond is designed to raise large amounts of capital, thereby acting as a critical barrier to entering the green-bond market. Further, the high transaction and compliance costs ranging from US$ 20,000 – US$ 40,000 discourages investors from participating in this market.

Along with other barriers, the currency in which international green bonds are issued and priced at discourages local investors from participating. Mostly, such bonds are priced in US dollar and Euros, thereby posing a currency risk to developing countries.

Investors in this space stand high chances of massive losses should the currency movement be against them. This is more so a problem given that the revenue flow of the funded projects is by local currency.

The amendment of the current CMA guidelines to issue green bonds that finance both green and brown projects would address the issue of a minimum size of the bond.

Even though such a move may lead to greenwashing behaviours, a situation where an issuer promotes green-based projects to raise green-project bonds but actually operates otherwise, the green stripping system should be allowed to investors familiar with the market and who have high levels of credit-worthiness.