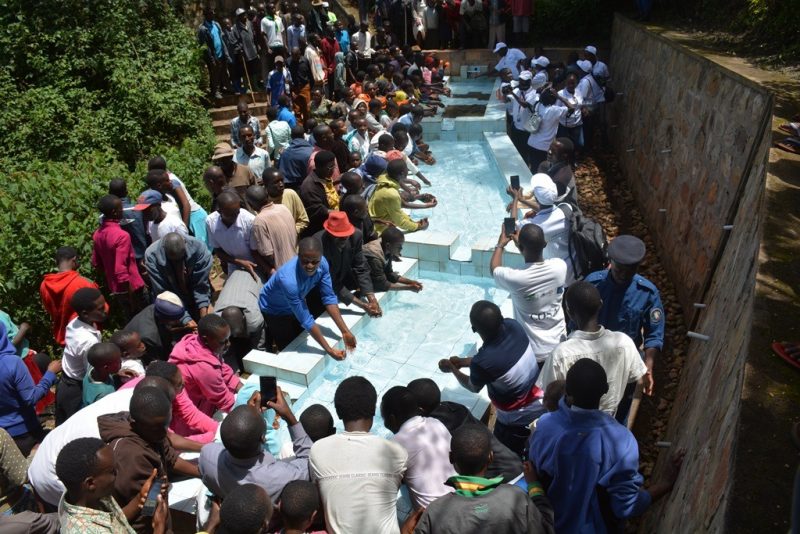 The Government of Burundi has put in place a law prohibiting the planting of tree species that use a lot of water in marshes and around water sources in order to preserve water.

Speaking at the launch of 2019 as the ‘Year of the Nile Basin’ in Bujumbura on Monday, Dr Deo-Guide Rurema, the Chairman of the Nile Council of Ministers and Burundi Minister of Environment, Agriculture and Livestock, said his government was on the right track in protecting the common heritage that is the River Nile.

“The decree prohibiting the use of plastic bags is being implemented. This will help ensure quality of water and reduce microplastics in lakes and rivers, which will protect the biodiversity of these ecosystems,” he said.

The Burundi countryside is peppered with eucalyptus trees, which are known to induce soil degradation, cause decline of groundwater level, and decrease of biodiversity.

The decision to declare 2019 as the Year of the Nile Basin resulted from the 26th Annual Nile Council of Ministers meeting held in August 2018 in Bujumbura, which recognised that River Nile plays an integral part in achieving not only water security but also food and energy security as well as eradicating poverty for the people of the Nile Basin region.

The Nile waters are key to achieving the regional development agenda and enabling regional integration.

‘The Year of the Nile Basin’ under the motto: ‘Putting Water at the Heart of Regional Transformation’, is dedicated to highlight the role that transboundary water must play in the conversations Nile Basin countries have about the present and future regional development. The emphasis is on ensuring equitable utilisation and win-win benefits for society and the environment alike. Ultimately, it will also contribute to maintain regional peace and security,” explained Hon. Rurema.

Also present at the launch was the Deputy Executive Director of the Nile Basin Initiative Secretariat, Dr Abdulkarim Seid, who called on Nile Basin countries to work together to overcome the ever growing challenges of increasing water variability, ever-growing water demand and multiple impacts of climate change.

The NBI, established in February 22, 1999, has helped to nurture the culture of water cooperation in the Nile Basin, providing a neutral platform for countries to discuss how to jointly take care of and utilise the shared water resources for the benefit of all and to address the common challenges which no country can tackle alone.

The launch was crowned off with a tree planting ceremony in Rutovu, the southernmost source of the Nile in Burundi, where delegates planted trees meant to rejuvenate the soils and protect the biodiversity around the source of the Nile.

The launch was organised by the government of Burundi in collaboration with the Nile Basin Initiative and with support from the European Union and the Federal German government.