Growing up in the 1970s, Dr Abbas Gullet wanted to be a hotelier. The tourism industry was then the new money in the country. As fate would have it, the Kenya Red Cross Society under the leadership of Dr Gullet ventured into the hospitality industry with Boma Hotels ranked with four and five stars. The move was mooted to give the society new and sustainable income streams.

Boma Hotels located in Nairobi, Eldoret, Nyeri and Red Court Inn have helped to sustain its operations. Dr Gullet remains the founder and chairman of the Boma Hotel chain in the country.

Mr Gullet, on Thursday June 27, during a staff meeting by Kenya Red Cross Society in Nairobi announced his retirement at the end of his contract on 31 December 2019.

He will be succeeded by Dr Asha Mohammed, who has been serving as Deputy Secretary General in charge of programmes and the Global Fund, effective 1 January 2020.

The year is 2001 February, Dr Abbas Gullet has joined the Kenya Red Cross Society, an organisation that is wallowing in a huge debt of Sh35 million, even after massive support from International Federation of Red Cross and Red Crescent Societies (IFRCS).

In his new office, he was greeted by a letter from the lawyer of the former Secretary General who had left the society in 1999. The letter contained strong words demanding unpaid dues, a notice period to settle the amount, and a threat of legal actions for non-compliance.

“I had some prior informal discussions with former colleagues about the situation of Kenya Red Cross Society. I came here with very low expectations. I knew the situation was bad, but found it worse than I thought. The rot and the problems were overwhelming,” remarked Dr Gullet.

Dr Gullet defied pessimists to rebuild a strong Society. Under his leadership, the organisation established the Emergency Medical Services (E-PLUS) in 2010 that provides professional advanced pre-hospital medical care and ambulance services in Kenya.

Currently, E PLUS, a leasing service, boasts of over 100 ambulances making it the largest fleet of Critical Care Ambulances in Kenya and Sub-Saharan Africa.

At the moment, KRCS’ worth is estimated at Sh10 billion, courtesy of Gullet, who has been on its helm for the last 18-years.

The father of four was in 2007 recognised by the United Nations as the Person of the Year. The same year the government of Kenya awarded him the Order of the Golden Warrior.

The Forbes Africa Magazine in 2011 listed Dr Gullet as one of the Top 100 Most influential Africans and was elected Vice President for Africa of the International Federation of the Red Cross Red Crescent in November 2013. These are just but a few of the awards present to Dr Gullet.

However, Dr Gullet has had his fair share of controversies during his tenure. In 2011, KRCS and corporate entities founded the Kenyans for Kenya (K4K) initiative in response to media reports of famine and deaths from starvation in Turkana County. About Sh1 billion was raised through cash and kind donations.

Afterwards, Kenyans started questioning the expenditure of the loads of cash donated with some demanding for audit and tangible results.

Part of the money was to go into finding lasting solutions to cyclic famine especially in Turkana and surrounding regions through ventures such as irrigation schemes. Nothing happened.

The debate was re-ignited in 2019, after the media revealed deaths caused by drought in more than 10 counties.

As the government claimed that no person had died of hunger despite undoubted evidence of pictures, videos, names and fresh dug graves, the Kenya Red Cross decided to ask for donations to support those in dire need.

Tired of perennial appeals amid lack of transparency, Kenyans on Twitter (KoT) under hashtag #RedCrossTumechoka asked the organisation to come out clear on the money raised in 2011 under the same circumstance of drought in the country.

As Kenyans speculated that the money was used to fund the construction of Boma Hotels in the country, Mr Gullet maintained that the donation was used in good course for Kenyans.

“Audit reports regarding the K4K initiative have been on our website since 2012 (www.redcross.or.ke), and I encourage all of you to peruse through as they provide an in depth picture of what was raised in cash and in kind, criteria for selecting the three long term projects namely: The Kaikor irrigation farm in Turkana where water still flows to date, The Chesirmion Dam in Tiaty, Baringo, a main source of water in this current drought and the Walda irrigation farm in Moyale, Marsabit that is doing exemplary well,” said Dr Gullet.

From building houses to relocate victims of natural and man-made disasters, setting up rehabilitation of community water points and strengthening community health systems, Kenya Red Cross is globally recognized as one of the best performing National Red Cross societies, but it is in Africa where it is a living example of what other Societies can do.

Dr Gullet who plans on going back to Mombasa to read and meditate after retirement was born in Garissa. After his biologocal parents passed when he was an infant, he was adopted by Mrs Salhan Rahemtullah and her husband Soud Suleiman Saleh Mizra who took him to live in Mombasa.

He first joined the Kenya Red Cross in 1973 as a volunteer for 11 years. Over the years at the organisation, he has been referred to as the big hearted guy.

“I have worked here (KRCS) for the past 45 years, this will always be my family and you can count on me to show up when you need me as I will remain a volunteer,” he said during his retirement announcement.

The lesson Dr Gullet takes away from his work is how weak and vulnerable human beings are, and the fact that they should strive to co-exist and tolerate one another. 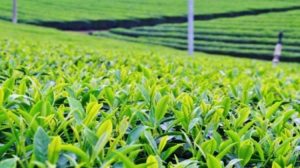