In the Bible, when the Philistine rulers failed to kill their greatest enemy Samson, they used the oldest trick in the book: a woman. Being the strongest man who ever lived, Samson’s downfall was caused by Delilah, a woman he dearly loved.

She found out his top-secret to the immense strength and used it against him. And just like that, the Philistines walked over Samson.

During the court trial in Kilimani on Tuesday, Kitany revealed how DP William Ruto sent her to convince the then Igembe South Lawmaker, Linturi to withdraw the impeachment motion he had tabled in the parliament. “When the impeachment Motion was first tabled in Parliament, Linturi and I were at Lake Naivasha Sopa Lodge ‘having a good time,” Kitany told Chief Magistrate Peter Ngare.

According to Kitany, she first met Senator Linturi at the DP’s office in 2013 while she had just been appointed the chief of staff. She recalled how the lawmaker frequented the DP’s office ‘with a lot of complaints’ after the 4 March 2013 General election.

“As a result, the Deputy President gave me strict instructions to deal with Linturi’s complaints,” she told the court.

That order marked the genesis of frequent interactions between the two who are now battling a convoluted divorce that has caught the attention of the public. It is this reason that saw Kitany tasked to convince Linturi to drop the motion.

“Between 2013 and when he filed the impeachment Motion against Waiguru in May 2014, Linturi and I hadn’t gotten into a romantic relationship,” said Litany.

She further revealed that in June 2014 Linturi, was given the green-light to table the Waiguru Impeachment Motion in Parliament, but DP Ruto pleaded with the lawmaker to drop the plan.

the Deputy President gave me strict instructions to deal with Linturi’s complaints.

But Linturi refused to stop the motion prompting the DP to ask Kitany to intervene, she revealed.

The impeachment motion was thrown out of the house in mid-June, 2014 due to technicality as the controversial politician failed to show up in Parliament to give notice.

According to Linturi, the President also intervened to have the impeachment motion dropped. “After meeting with the Devolution Cabinet Secretary Anne Waiguru, three days later, Mr Speaker, we met his excellency President Uhuru Kenyatta with Hon Cecily Mbarire and Kareke Mbiuki and it is at this stage that the President prevailed upon me to stop the matter,” Linturi told the parliament in 2015.

The calls to impeach Anne Waiguru reached a fever pitch after the NYS was found to be missing Ksh 791 million in funds.  The impeachment motion filed by Linturi failed after intervention from the top country office but was later re-submitted by the then Nandi Hills lawmaker Charles Keter.

For the second time, Waiguru survived impeachment after Members of Parliament who had signed the petition walked out of a breakfast meeting, saying, they were being asked to withdraw their support.

Speaker Justin Muturi confirmed that the impeachment motion was withdrawn after the motion failed to reach the required number of signatures as per the constitution. 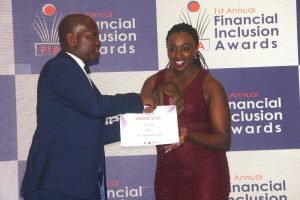