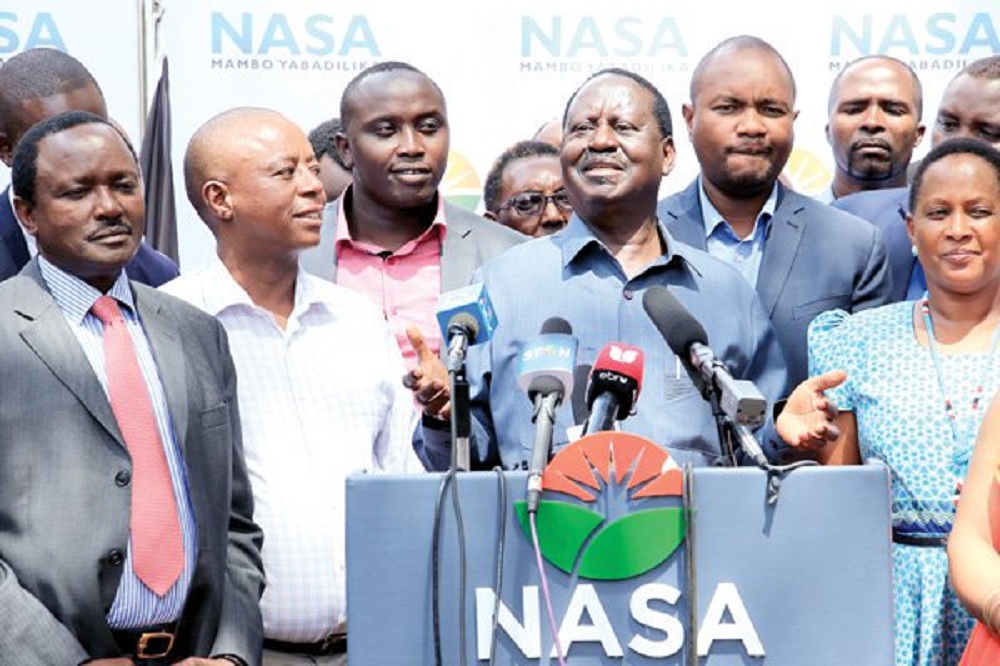 It is official. The NASA coalition will not take part in the October 26 repeat polls. This throws the country in a political turmoil and uncertainty with lots of speculations. Some political analysts are suggesting that the incumbent will be sworn in but you do not expect Raila to give it away that easily.

Other pundits argue that Raila’s withdrawal is not legal as regulation 52 of the Elections Act requires one intending to withdraw their candidature to do so three days post-nomination. They argue that IEBC gazetted and affirmed the continued status of the presidential candidates on 5th September 2017 hence a withdrawal at this point has no legal basis.

However, this brings in another argument where the only time a possible withdrawal of a presidential candidate in repeat election was addressed was in the 2013 petition by the Supreme Court.

The five judges held that if one of the candidates were to die or abandon the election before the scheduled date, fresh nomination of candidates would be done.

Going by this decision, it’s not all over neither is it a win for President Uhuru. This decision should make him a more worried man since this takes the whole process to the starting point: the nomination process.

However, Raila’s decision comes at a time when the Parliament is debating amendments to election laws, in which Jubilee proposes that the withdrawal by any candidate (nominated) will automatically grant the remaining candidate a win.

Even if the law passes, it cannot legally be backdated hence it cannot be used against the current situation. Raila seems to have beaten them in their own game.

This might take another turn, however, when the High Court rules Wednesday, October 11, on a petition by Thirdway Alliance candidate Ekuru Aukot who is challenging a decision to lock other candidates from the fresh election. But according to ODM communications director Philip Etale, the petition is now meaningless whichever way it goes.

Legal experts opine the Supreme Court finding in 2013 that only those who challenged the results and the declared winner may take part in a fresh election resulting from nullification of the result was not binding.

Raila is seeking a fresh election in 90 days but there is no convergence on whether President Uhuru will continue to constitutionally exercise the functions of his office.

READ: The iron lady of sports marketing is a basketball player