The demolition exercise being spearheaded by the National Environmental Management Authority (Nema) continued unabated Wednesday morning with the Ksh 1 billion South End Mall on the junction of Lang’ata/Mbagathi Road being the latest to go down.

The building, which is built on riparian land has been the subject of controversy for many years, and was being fingered as the cause of flooding in the area but the owner, former Bobasi MP Stephen Manoti, secured court orders to stop its demolition.

However, Nema has finally cracked the whip as it undertakes the Nairobi regeneration programme ordered by President Uhuru Kenyatta.

The programme is aimed at removing solid waste from rivers and reclamation of riparian land for the over 25 river basins that form the Nairobi Rivers Ecosystem Project.

The project seeks to rehabilitate Nairobi River and its network of tributaries by identifying and sustainably addressing sources of river pollution, reclaiming riparian land and initiating landscape management activities which include tree planting.

As a result, over 4,000 buildings in the city are targeted for demolition with Java Restaurant and Shell Petrol Station in Kileleshwa being the first to fall. Perimeter walls of several residential apartments in the upmarket estate, Several kiosks, billboards and a swimming pool were also not spared.

The demolition exercise is being carried out by the multi-agency Nairobi River regeneration task force appointed by President Kenyatta last December. 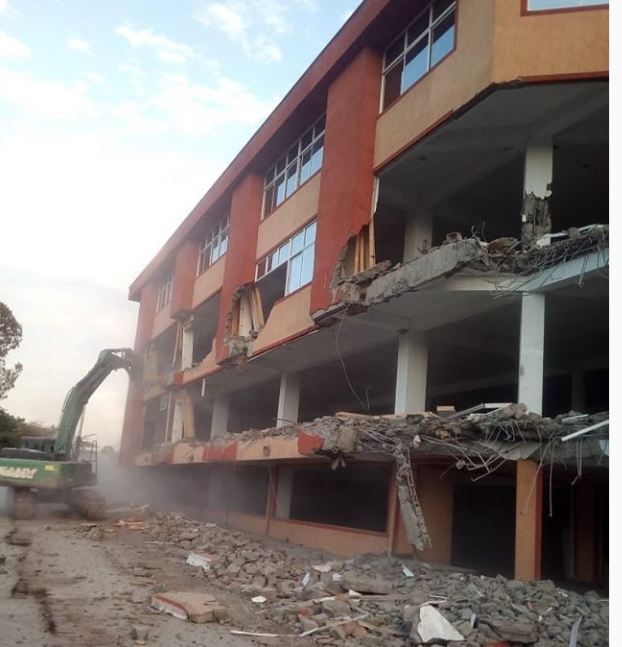 Though the list of targeted buildings is not out, Kenyans on social media have been calling for the demolition of Ukay, Oshwal Centre and Westgate Mall, which also stand on riparian land.

T-Mall, which sits on a road reserve opposite West End Mall and has been the subject of controversy as it complicated expansion of the Outering Road, is also being mentioned as one that should be demolished if authorities are to prove impunity is being decisively tackled.

Owners of the buildings, however, insist they legally acquired the land and obtained all approvals before putting up the properties.