Children at Child Welfare Society of Kenya Mombasa home. Though NTV did not run the piece, the news anchors explained to viewers why it could not run the story, which in the eyes of the Society amounted to contempt. [Photo/Msajamaat.org]

The Child Welfare Society of Kenya (CWSK) wants NTV Editor Emmanuel Juma and two news anchors jailed over a story on the mistreatment of children under its care.

The society, which runs among others runs the Mama Ngina Children’s Home, is seeking to have Juma and news anchors Edmond Nyabola and Mark Maasai cited for contempt and committed to six months in jail at Industrial Area Prisons or any other prison or rehabilitation facility for violating terms of an injunction it obtained on August 30 barring the station from running the expose titled Sins of Saviours.

Though NTV did not run the piece, the news anchors explained to viewers why it could not run the story, which in the eyes of the Society amounted to contempt.

However, the story, THE LEAD: Sad Story of Poor Kenyan Minors Neglected and Abandoned by Their Government, which highlighted the suffering majority of children at the home are undergoing including sleeping on the floor without the benefit of covering themselves with blankets, poor diet and questionable medical care did run on KTN on September 3 much to the chagrin of Kenyans.

The Kenya National Commission on Human Rights (KNCHR) has since called on the Directorate of Criminal Investigations (DCI) to conduct comprehensive investigations into the happenings at the home following the KTN expose, which brought to the fore a number of human rights violations that have and continue to be perpetuated against the vulnerable children entrusted to the care and custody of the society.

Already, Director of Public Prosecutions Noordin Haji has, however, ordered investigations into the matter.

Immediate rescue of children at home

“The Commission notes that Article 53 of the Constitution of Kenya provides a detailed entitlement of every child in Kenya and clarifies that the best interest of the child is of paramount importance in every matter concerning the child. The Commission takes cognizance that the Constitution and the provisions of the Children’s Act 2001 are aimed at ensuring that every child is safeguarded irrespective of whether they are in the hands of their parents, guardians, in public or private care-giving institutions,” chairperson Kagwiria Mbogori said in a statement.

In addition, KNCHR wants the Director of Children’s Services, in collaboration with other children-friendly care-giving institutions to immediately rescue the children from the facility in order to stop and forestall further child rights violations.

It also wants Parliament to expedite the enactment of the Children’s Bill 2019 to ensure stronger child protection safeguards and proper oversight of Children Institutions in Kenya. 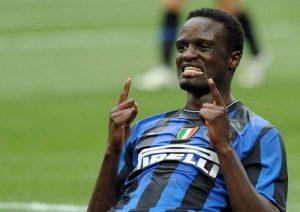