A fundraising to offset the medical bill of former Nation Media Group journalist Hugholin Kimaro will be held on December 16, 2018. Kimaro a former freelance writer with the Taifa Leo has been hospitalized at the Coptic Hospital Intensive Care Unit after undergoing a head surgery to remove life threatening brain surgery.

“He is responding well and we hope he will be out soon” said a  close member of the family.

“This is the time to stand with one of our own. We need to support his family in this time of need,” said Mr Nyongesa, who is currently a senior communication officer at the National Transport and Safety Authority (NTSA). He worked with Kimaro in Taifa Leo before moving to television as a news producer.

Mr Kimaro, a high school teacher and a freelance journalist, has been ailing for a while but his condition deteriorated few months ago after he was diagnosed with a brain tumour.

He is not just known is media and teaching but also in publications whereby he has co-authored number of books beside translating some of the leading books. 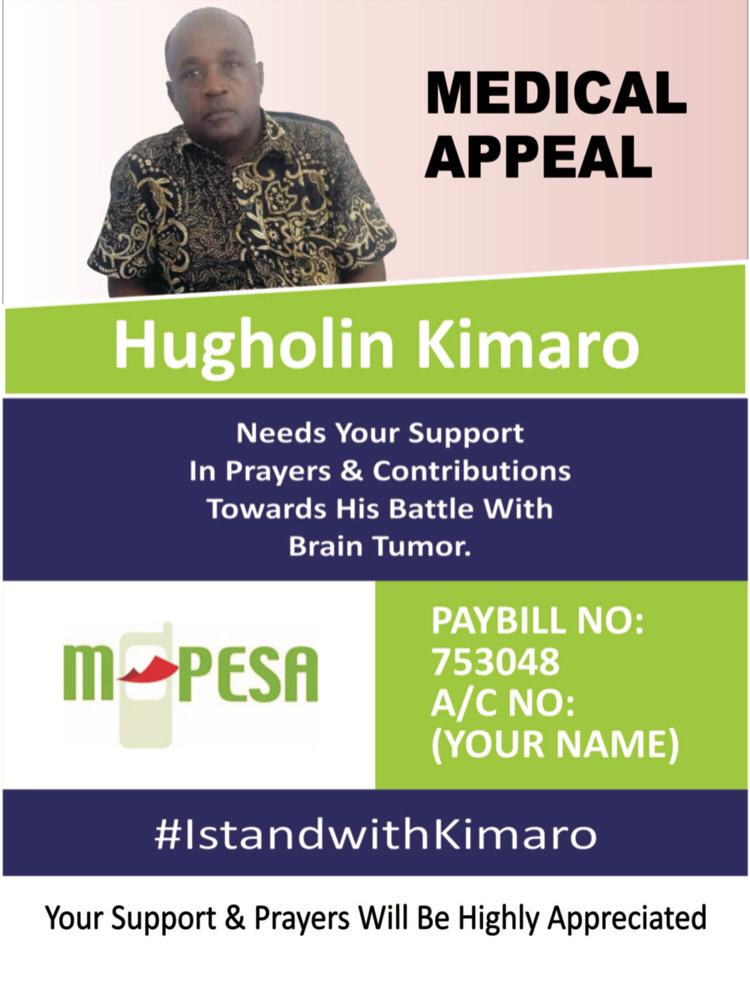