Justice Maureen Odera of the High Court in Nairobi has set the ruling for a case in which Nairobi lawyer Abib Zam Zam Abdi has been sued for failing to honour a Ksh 21 million agreement for March 13, 2020.

The plaintiff claims that on November 30, 2018, he entered into an agreement with the lawyer to undertake professional services for Halal Meat Products Ltd and on successful completion be paid Ksh21 million.

During submissions before Justice Odera, lawyer Duncan Okatch for the plaintiff said while his client discharged his responsibilities as agreed the defendant did not honour their agreement.

The plaintiff had been contracted by Halal Meat Products Ltd to help process pending compensation payment from the National Land Commission (NLC) which he did.

Mr Okatch argued that reasons given by the defendant for not honouring the agreement with his client were misleading as the irrevocable undertaking was between the lawyer and the plaintiff. He said courts have a duty to exercise punitive and disciplinary powers over advocates to ensure compliance of legal undertakings.

The lawyer said the Ksh6 million that was allegedly paid to the plaintiff and later reversed was for a different undertaking. 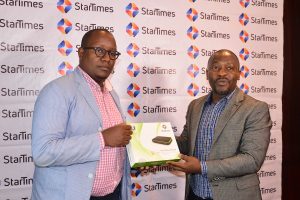