The University of Nairobi has been indefinitely closed three days of riots that saw students set ablaze the offices of the Student Organisation of Nairobi University.


A meeting of the university senate held at Utalii Hotel convened to deliberate on the violence sparked by a row over the outcome of the student elections, which were again won by Babu Owino, and ordered all campuses closed. They also stoned cars, robbed pedestrians and barricaded roads prompting a violet police response, which has been criticised.
“Following the continued disruption of normal University functions by groups of unruly students, the Senate at its special meeting held today 5th April, 2016 has resolved to close the University indefinitely,” Prof Peter M. F. Mbithi, the vce-chancellor of UoN said in a memo released after the meeting.

Read Also >> Babu Owino: Why he is so beloved of SONU

The decision to shut down the university has seen students at the Lower Kabete campus to block roads. While Nairobi police commander Japheth Koome was quoted as saying they were investigating the police conduct, the authenticity of a video that shows an officer was also being probed.


The university management has backed the Owino group, saying the polls were free and fair. While he has been at the helm for four years, the current dispute could mark the beginning of the end for the flamboyant student leader.

Kenya Re Profit Before Tax Increases by 35% to Ksh4.18bn

True Leadership is Demonstrated in Times of Crisis

Working From Home to Become the Norm for Employers

What Next for Alex Chamwada After Leaving KTN?

How Business Can Thrive During the Corona Crisis 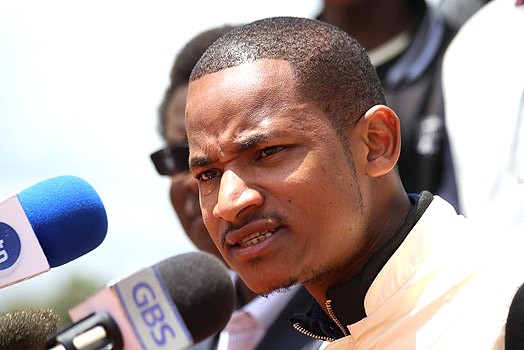 Why Babu Owino keeps succeeding himself in SONU
Paul Ongili, or Babu Owino as he is commonly known,…