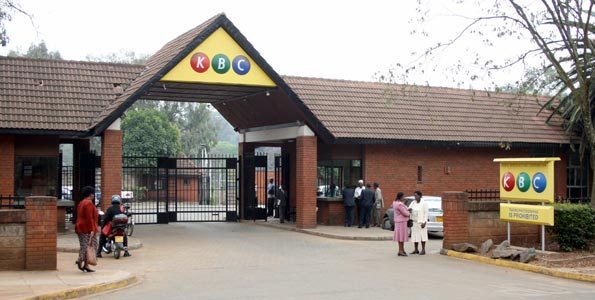 The government has finally formed a task force to find ways of getting state broadcaster, the Kenya Broadcasting Corporation (KBC), out of the doldrums in the wake of a move by Auditor General Edward Ouko to declare it technically insolvent.

Information and Communications Technology Cabinet Secretary Joe Mucheru, in a gazette notice, tasked the seven-member task force with studying, examining and reviewing strategies, structures, processes and systems within KBC and advise on their appropriateness.

The task force faces a gargantuan task of turning around the fortunes of KBC, which is reeling from a massive Ksh45 billion debt.

In a qualified opinion to last year’s audit report, Ouko expressed doubt that KBC would continue operating as a going concern unless a financial arrangement with the National Treasury and its creditors is reached. The broadcaster lost Ksh5.34 billion in the last financial year and Sh5.5 billion in 2013/14.

Part of what has been weighing KBC down is a loan it took from Overseas Economic Cooperation Fund (OECF) of Japan in 1989, which had accumulated to over Ksh45.2 billion as at 30th, June 2015. The station, which has also been the v****m of outright mismanagement and graft, is presently unable to meet many of its obligations including making statutory contributions of its employees, forcing the Kenya Union of Journalists (KUJ) to raise concern with the CS a month ago.

> Mediamax to shut down Nyeri bureau